Equity and energy bears are exhausted

Having fallen from sp'2081 to 1812.. along with WTIC Oil imploding from the $38s to the $27s, it would seem its a case of bearish exhaustion. A short term floor appears in, with the market set to battle upward into February. Any bounce though.. is just that.. a bounce. Mid term targets remain unchanged. 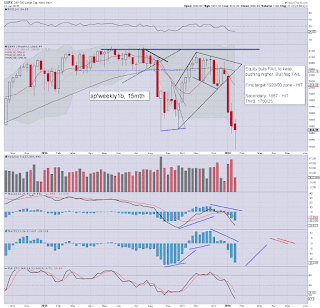 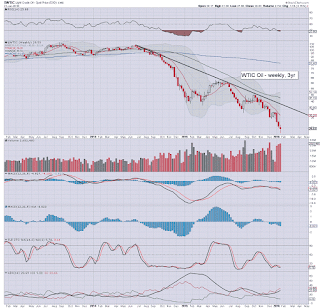 re: sp'500: its possible equities will see a moderate net weekly gain, but regardless, it would seem 1812 is a short term low.

The underlying issue of over-supply remains COMPLETELY unresolved. Renewed weakness looks due.. probably to the teens, before there is adequate industry capitulation.

.. and the same issue applies to the (often overlooked) mining industry.