As expected, the Fed raised rates for a third time this year, +25bps to a new target range of 1.25-1.50%. Yellen is now fading into the sunset, and a grander issue is that it will be on Powell's watch, that things start to break. 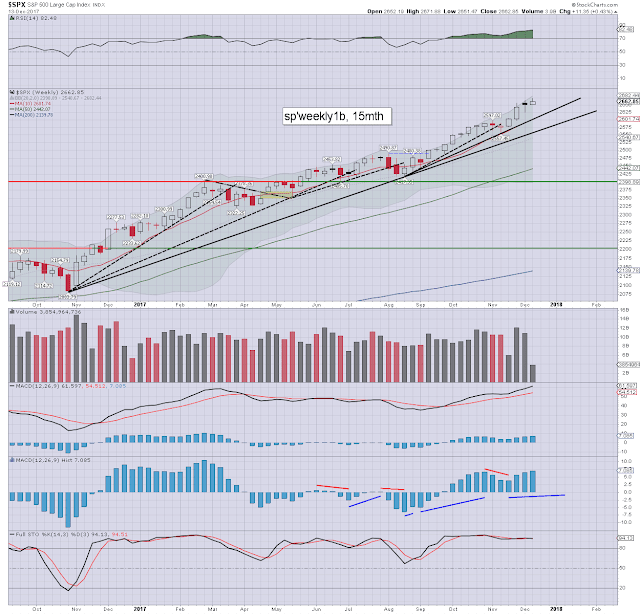 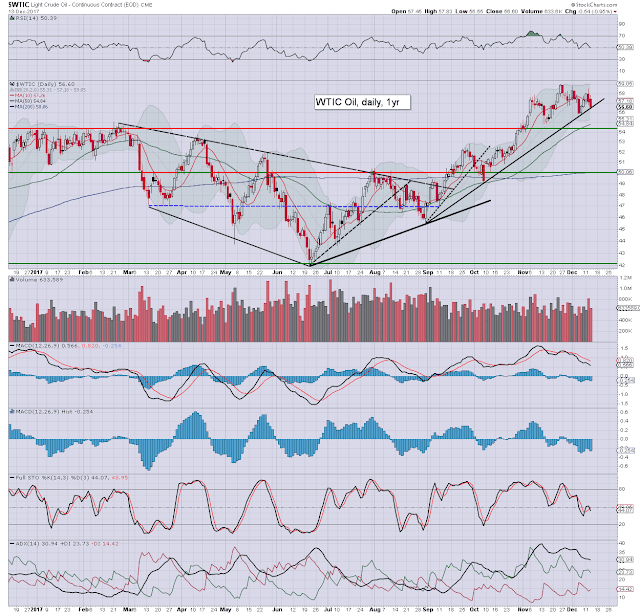 sp: today was just another day for the equity bulls, as the sp' broke a new historic high of 2671, a mere 12pts shy of my original year end target of 2683. Pretty incredible. The 3K threshold seems a given.. whether in late spring... or the summer. Things will get real 'tricky' around 2950/3047. The latter number should be recognised by some out there in fibonacci land.

WTIC: despite bullish inventory data, oil had a tough day, settling -0.9% at $56.60, settling on rising trend that extends back to late August. A break wouldn't necessarily be super bearish, as the m/t trend is currently bullish. Only bearish if <54s. Soft technical upside target are the 61/62s by early spring.
--

The next post will appear Thursday 8.30am at http://subscriber.permabeardoomster.com

For you non-subscribers, I hope today was at least somewhat interesting to you!