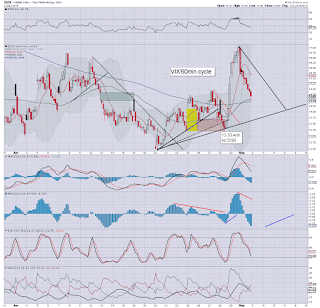 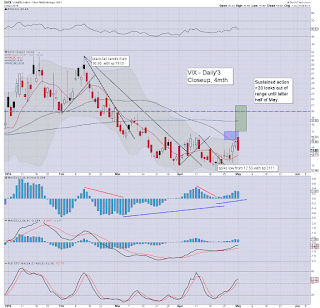 Suffice to add... a day when the VIX was ground lower across the day, as equities clawed higher into the sp'2080s.

Despite the Monday cooling, VIX will have ample opportunity to spike much higher later this week.. with the 18/19s well within range.

However.. it remains the case, that sustained action above the key 20 threshold looks out of range until the latter half of May.