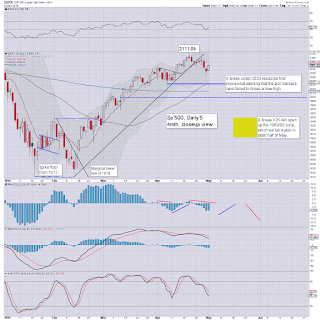 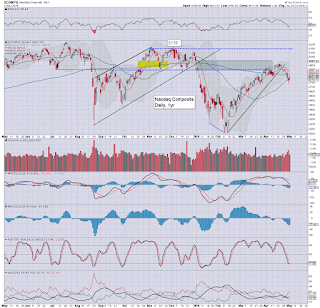 sp'500: retracing much of the Thurs/Friday decline, but remaining under the key 10MA (2088). The lower daily bollinger and the 50dma are offering a realistic downside target of 2040 later this week.