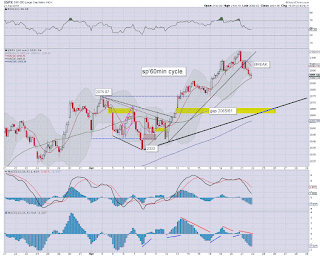 The 2065/61 zone looks pretty straight forward to hit.. whether tomorrow or next Monday. Then the market will likely trade in a holding pattern into Wed' afternoon.

Once the FOMC is out of the way, then its merely a case of whether the bull maniacs are willing to resume buying... or keep on bailing into end month.

*it is notable we have the Q1 GDP next Thursday, so the latter half of next week will likely be very dynamic.