With a break of short term rising trend, there can now be some confidence that sp'2111 is (at least) a short term top. The obvious question is.. having rallied 301pts (16.6%), how low might an initial retrace go? Based on many previous cycles.. a valid target is a very minor 23.6% fib retrace to sp'2040. 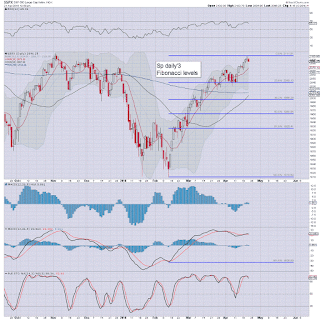 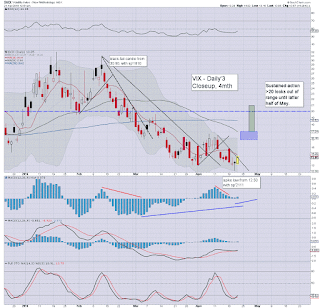 In the previous cycle Oct'2015.. the retrace from 38%.. where the lower daily bollinger was.

However, right now, any price action <2K looks extremely difficult. Instead.. a retrace to around 2040 - just above the recent lows of 2039/33 looks realistic by end of next week/month.

So.. for me, its a case of seeing how the market trades next Thurs/Friday.

An April close in the sp'2050/40s would at least make for a somewhat spiky RED candle for the month.
-

time for some hazy sunshine... back at 2pm
Posted by Trading Sunset at 17:51:00
Email ThisBlogThis!Share to TwitterShare to FacebookShare to Pinterest
Newer Post Older Post Home