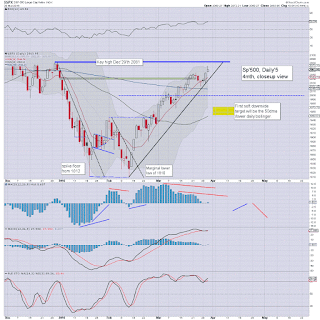 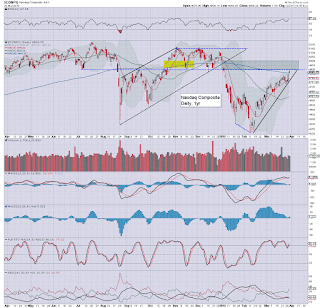 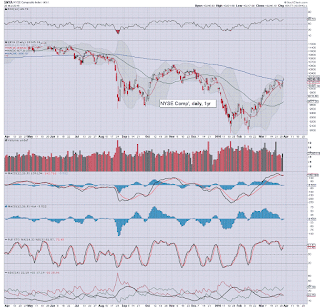 sp'500: an effective hit of the upper daily bollinger at 2072. The closing daily candle.. marginally spiky.. threatening near term downside.

Nasdaq: a clear black-fail doji, having tested, and unable to clear (at least on this first attempt) the important 4900 threshold.

NYSE: the master index managed its first close above the 200dma since last July, although the net daily gain of 0.5% is not exactly decisive.