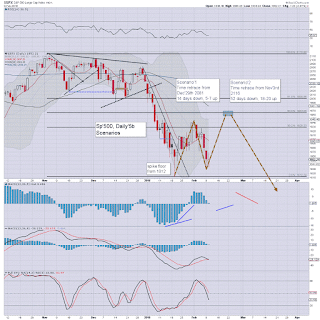 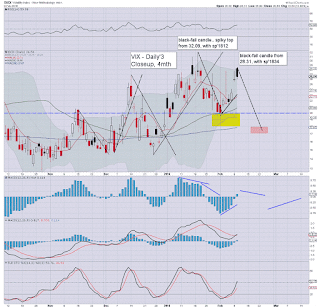 re: daily5b: I'm refraining from sticking any numbers or letters on the recent market up/down cycles. Seems largely pointless.

What should be clear though, today's daily candle was a rather interesting reversal, with a floor spike from 1834. A simple extrapolation of the previous up wave offers 1960/70 in the latter half of next week.

It should remain clear though, sustained action >2K looks out of range in any Yellen inspired bounce.
-

re: VIX. The opening hourly candle was a classic black-fail candle, with the closing daily candle also of the black fail type. Broadly, its highly suggestive we have a short term exhaustion peak.


Everything is rock solid in DB.. yes?


This morning Deutsche bank were fighting to stem the ongoing stock price collapse. Yet, by definition, such talk is rarely a good sign. Usually such corporate statements - especially those from bankers, are due to the realisation that there actually is the threat of a problem. DB will be one to watch this March/April.

Wednesday will see the latest EIA oil report, and that will clearly be rather important.

However, the day will centre around the CEO of print central, as Fed chair Yellen is set to testify to the US house. A press release of pre-prepared remarks will likely 'inspire' the market.

The market will be watching how Yellen replies to questions, which will last at least until 12pm.