With equity indexes closing moderately weak, the VIX was naturally on the rise, settling +7.5% @ 17.29. Near term outlook offers a year end close around sp'2090, and that would likely equate to VIX in the 14s. The big 20 threshold looks out of range until at least the latter half of January. 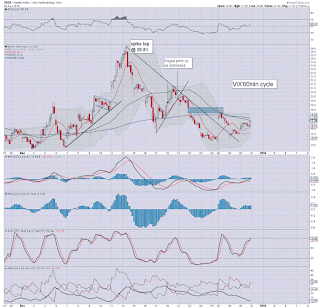 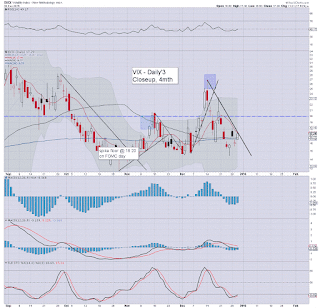 With equities likely to rise (at least) during the first half of January, the VIX is equally likely to remain broadly subdued.