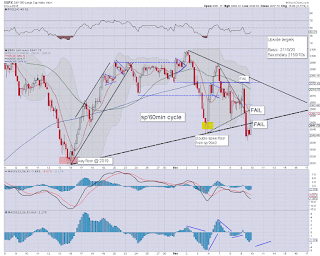 Despite the late afternoon attempt to recover.. with the loss of 2042, there is high threat of further weakness.

Cyclically we're due to rally tomorrow... but until we're >2080, the bulls should be very concerned... not least as the Transports look dire.