2pm update - regardless of the close

Regardless of the remaining two hours of today, some serious technical damage has been done, not least with the recent sp'2042 low being decisively broken - as reflected in the VIX, back in the 20s. The market will remain vulnerable until this morning's high of 2080 is closed above. 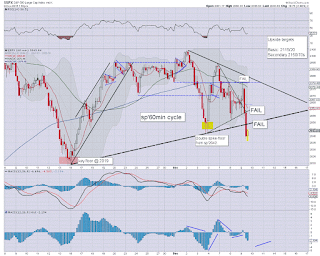 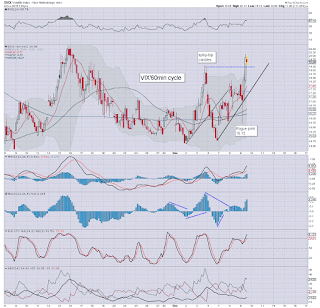 Clearly... Oil is still a major factor holding back the market.... 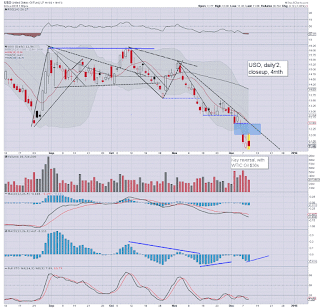 It is notable that despite morning gains of 3%.. Oil then reversed, breaking yesterdays low (at least for USO... which is trading a little out of sync with WTIC Oil).
-

As noted though.. even a rally into the close won't negate the tech' damage done.

VIX remains close to the 20 threshold...