In many ways, today's day of chop should not be entirely surprising. With the FOMC on Thursday afternoon, the market will be increasingly inclined to trade in a more subdued manner. So long as the rising trend holds... the bull maniacs have little to be concerned about.. the sp'2000s still look due. 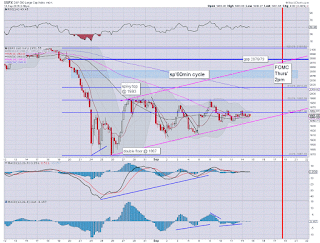 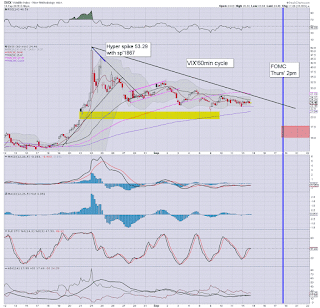 Little to add... on what is indeed a relatively quiet start to the week... but which will end with some wild action... one way or another.

--
*after some fair consideration, I'll not getting involved in DIS.. unless the mid $102s... considering the broader market.. that might not happen now.

Instead, I'll just hold a micro USO-long position... price structure remains a bull flag... but as ever.. the Wed' EIA report will be a key determinant.
-