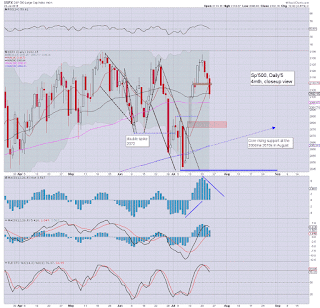 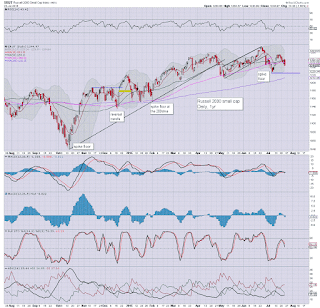 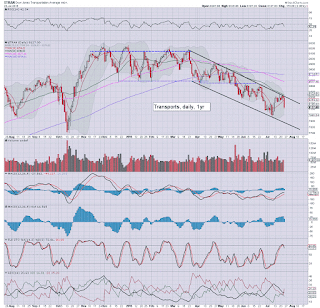 *Transports remains the market laggard, with another clear failure at declining resistance/channel. Below 8K, there really isn't any support until the Oct'2014 low of 7700.
--

For those watching, it was notable to see more significant weakness in the Trans/R2K... leading the broader market lower, and indeed.. we even saw a break under sp'2100 today.

Further weakness to the lower gap zone of sp'2080 looks due in the near term.