11am update - still no buyers

US equities are continuing to slide, with a fourth consecutive net daily decline now probable. It increasingly looks like sp'2080 is a given, with the market possibly seeing a more intense washout next Tuesday, in the sp'2070/65 zone. VIX is battling upward... for a weekly close in the 14s. 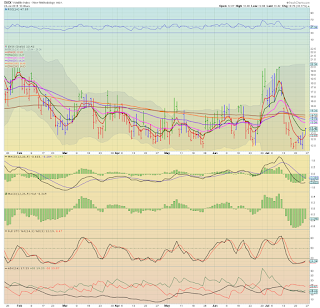 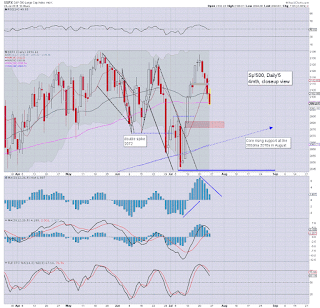 A fair few 'more balanced' than yours truly, have been calling for sp'2110/15 zone, but that looks out of range. There simply doesn't seem to be enough buyers out there right now.

Eyes on the daily MACD cycles.. which are highly suggestive of more significant downside... more so on Tuesday.
-

BBRY... as highlighted to me by Deflationland 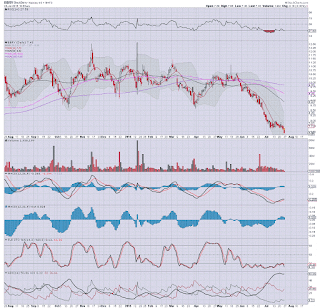