US equities are battling hard for minor gains, but overall market mood remains somewhat unsettled, and there remains high probability of a major sell down on the Friday jobs data. With the USD +0.6%, the metals are under pressure, Gold -$10. Oil is similarly on the slide, -2.2%. 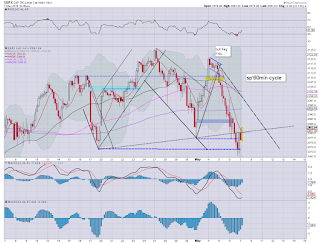 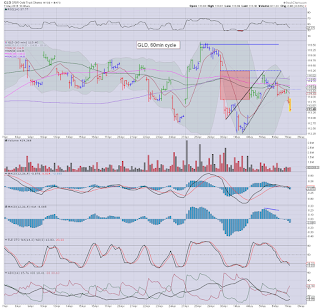 *Having exited a GLD-short earlier, I'm looking for a re-entry.. but I might just not get a better level. Oh well.
--

So... we're battling upward right now.. but things don't feel so great in market land... not least after the last two days.. as also supported via very weak EU/Asia markets.

On balance.. we're still set to fall into the weekend.
-- 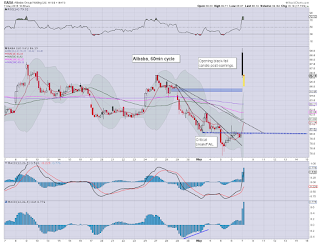 A rather classic opening black-fail candle... and for those watching the open.. the smart ones will have already bailed, not least as the broader market still looks vulnerable.

As I often say... black-fail candles are not to be dismissed lightly! (even when earnings were good)
-