Good morning. Futures are moderately lower, sp -13pts, we're set to open at 2073. Metals are broadly flat. Oil is very weak, -2.1%. A busy day is ahead.. as it is not only month end... but the completion of Q1, trading volume will likely be very high. 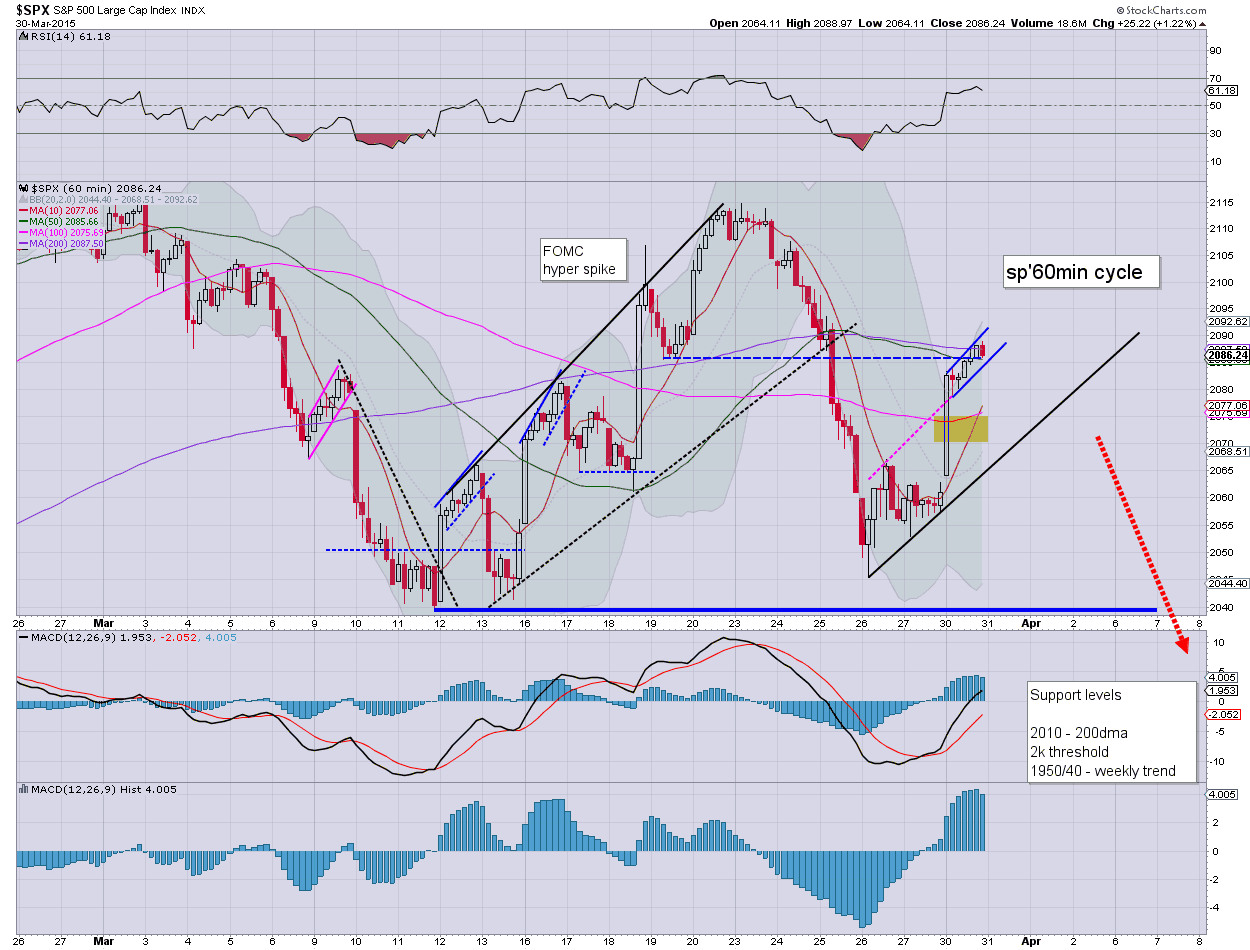 So... the bullish F flag is going to fail at the open... that is the third failure in recent weeks.

Market should find support in the low sp'2070s this morning. Things really only get interesting on sustained trading in the 2050s, but really... that seems unlikely today.

The key thresholds for the 'big picture' watchers are...

re: MARCON. It does seem a given that March will close with a bearish MACD cross.. hence MARCON 6. That would be suggestive of a market that is getting increasingly tired..... after the giant rally from Oct'2011.

At best... some kind of intermediate drop this late spring/summer, but I still can't see a grand top for another two years or so.
--

Notable early weakness: TCK, -7.7% @ $14.10.. having denied the original rumour from Bloomberg, that it was in merger talks with London based miner Antofagasta.
-