Friday will see the sixth anniversary of the 2008/09 collapse wave low of sp'666. Across roughly 1500 trading days, we've seen a hyper-ramp of 217.9% to a new historic high of 2119. It would seem that regardless of any significant summer correction, there are far higher levels to come. 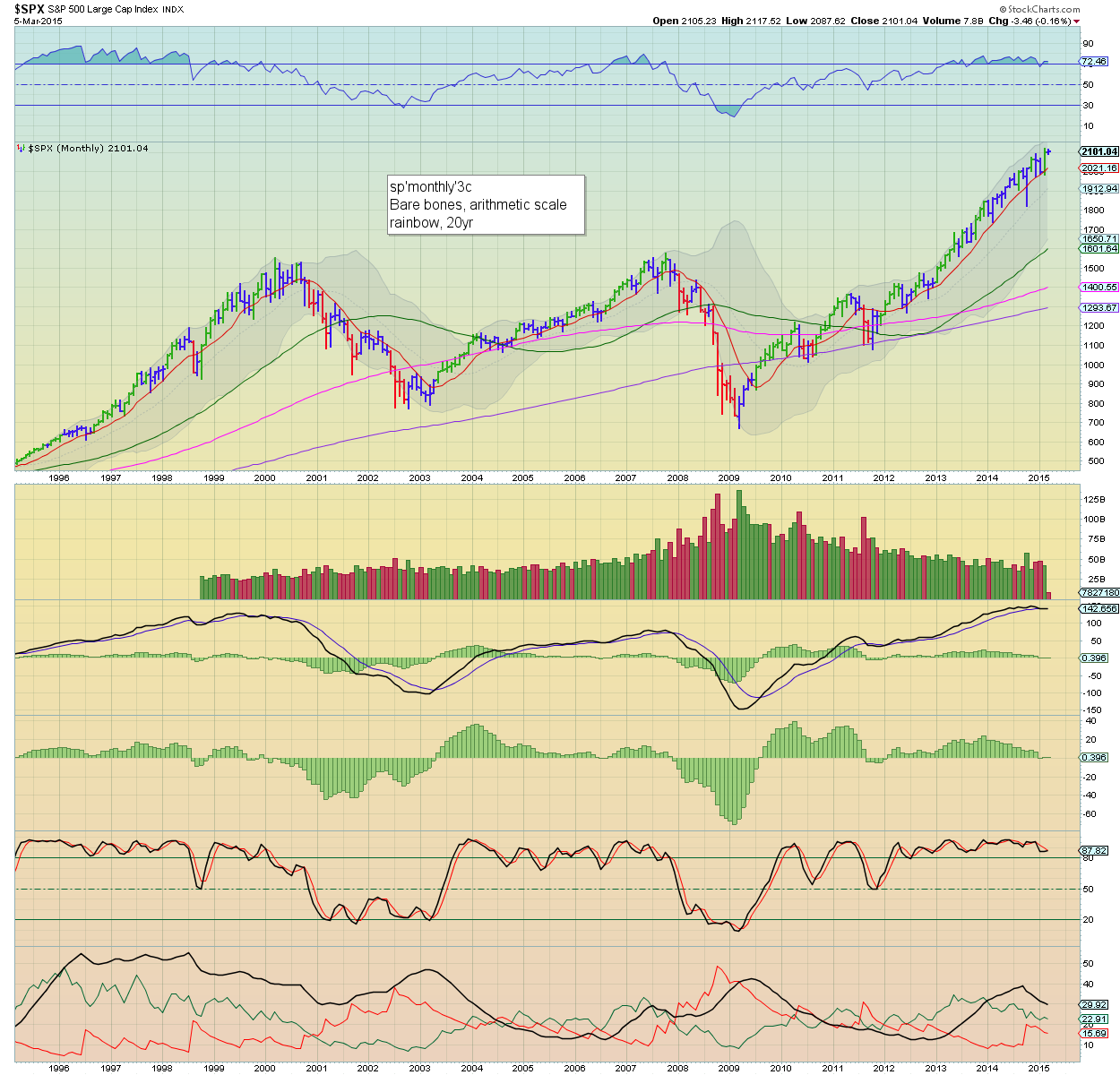 I guess I could post a hundred other charts, but I think the one above is most appropriate.

No technical levels... not much of anything.. just 'rainbow' candles (Elder Impulse), with an arithmetic scale... displaying far more powerfully the ramp since the key break above the double top of 2000/2007.

Regardless of any 'summer swoon'.... a brief reminder of the fib extrap' levels that will be within range by late 2017. 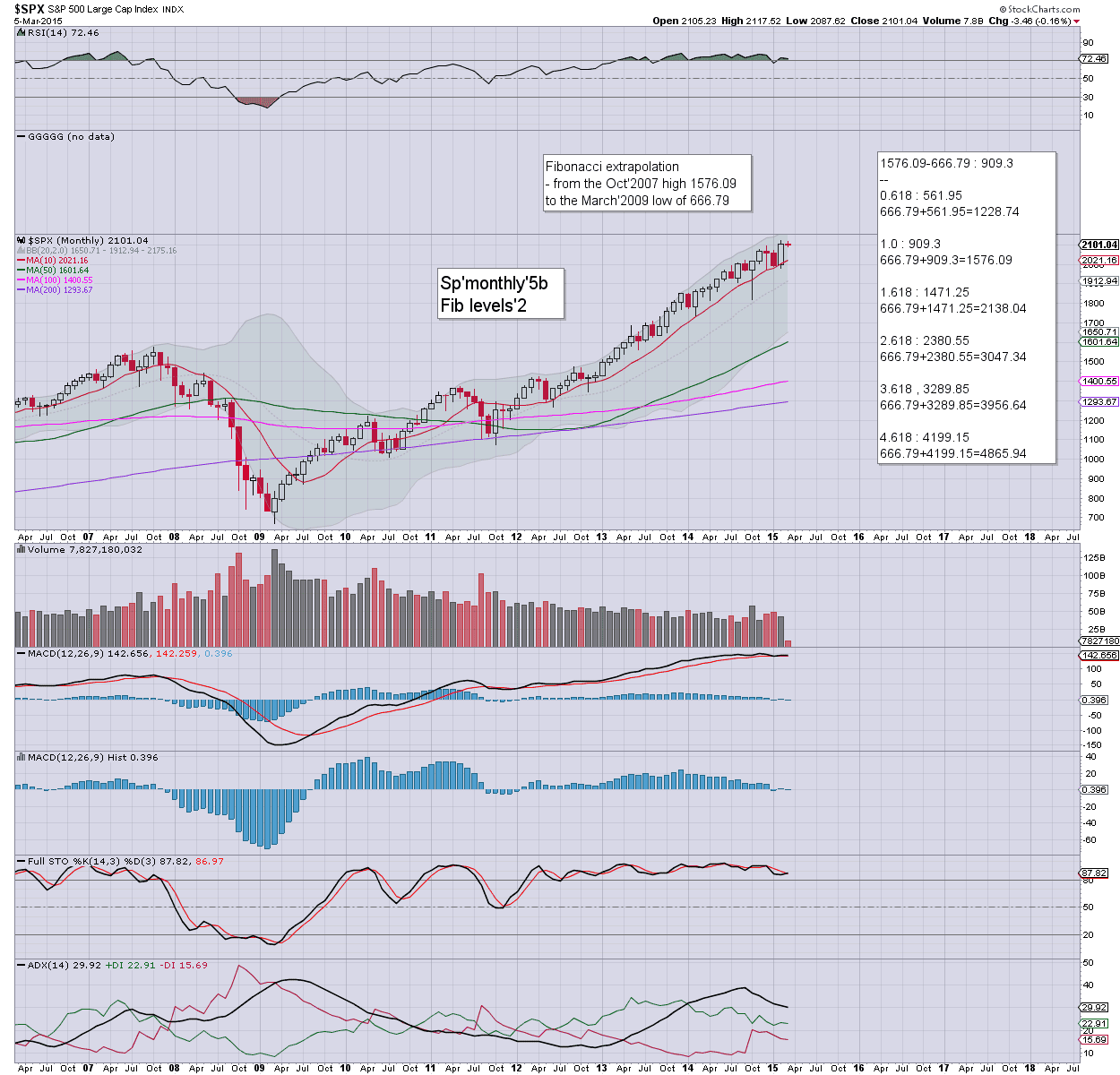 I realise the notion of sp'4k... or 5k would be considered 'crazy talk' by most, but hey... I'd refer anyone to the actions that the ECB is set to begin next Monday morning.
--

Friday will be mostly about the jobs data... market is seeking net gains of 230k, with a headline jobless rate of a slightly lower 5.6%. There is the threat of a miss, and anything under 200k would be an excuse for Mr Market to sell lower. Although of course.. maybe it could be a case of 'bad news is good news'?

*there is also intl' trade and consumer data, but frankly... few care about those data points these days.
--