With equities climbing for the third consecutive day, the VIX melted significantly lower, settling -15.6% @ 18.57. Near term VIX outlook is bearish, with equities seemingly headed for a straight up move to sp'1920/50 zone, before resuming strongly lower. 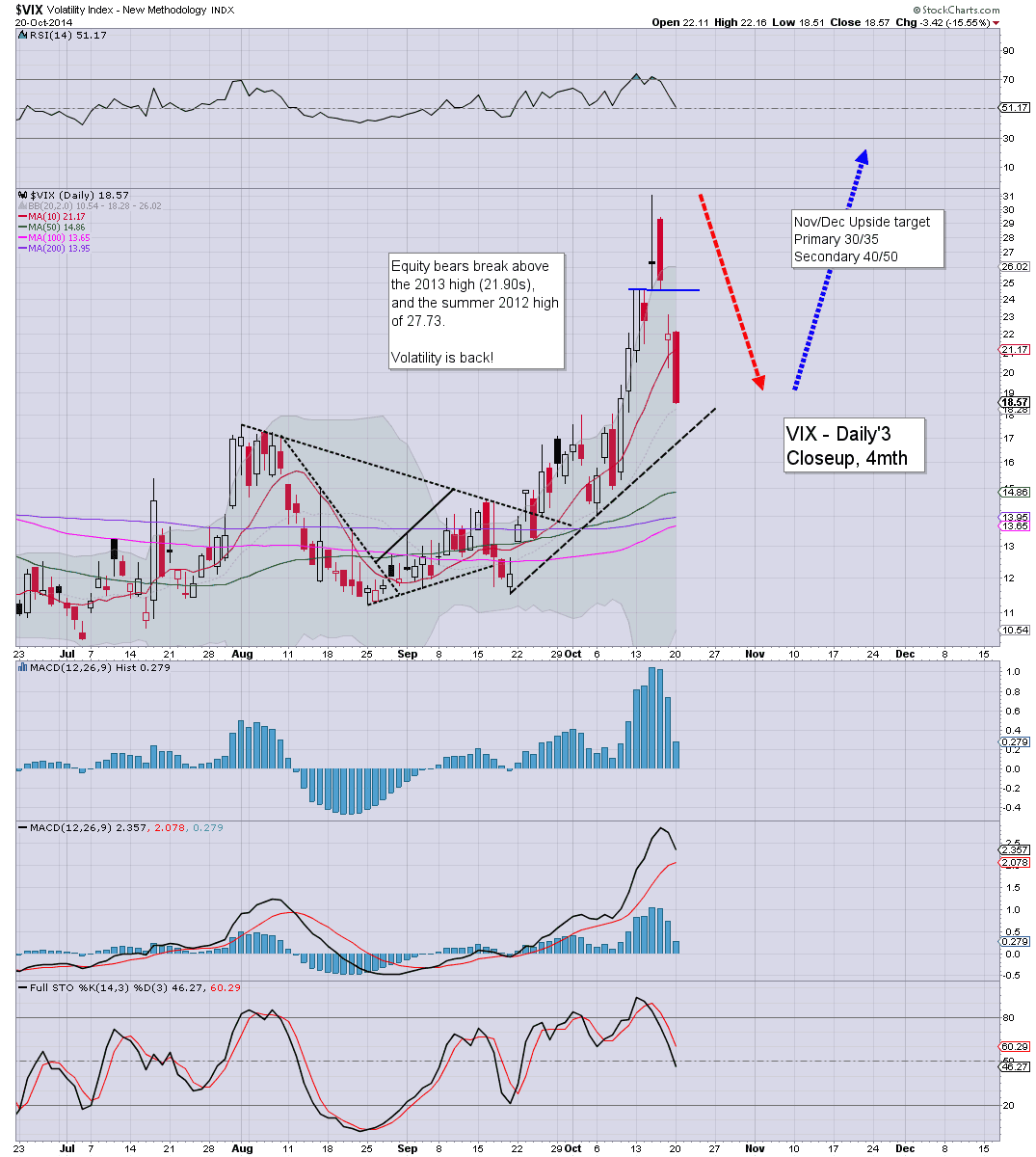 Suffice to say... the third consecutive daily decline for the VIX, and the 31s now look a very... very long way up.
-

I certainly don't expect a return to the 30s until the latter half of November.
--