US equities look set for minor weakness into the close, as supported by the smaller 15/60min cycles which are set to turn negative early Tuesday. Near term outlook offers threat of a continued straight up move to the sp'1920/50 zone.. before the next major down wave. 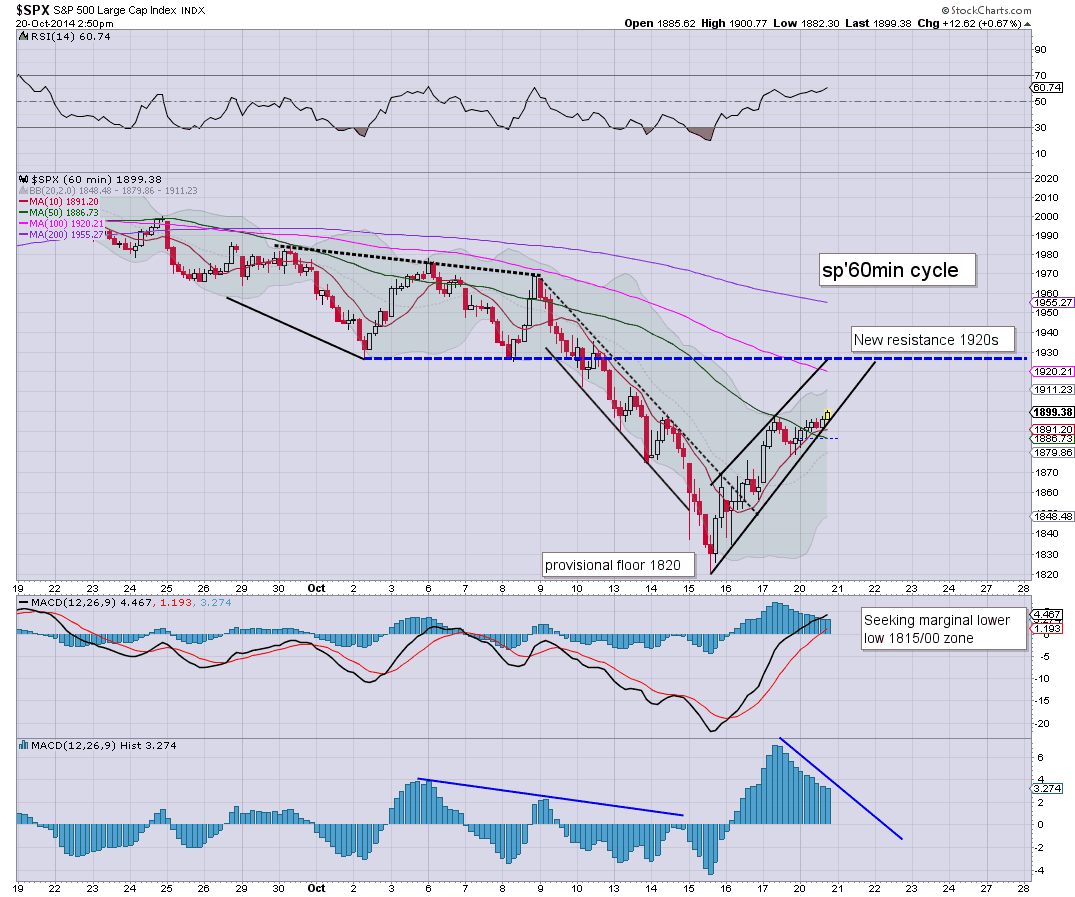 It remains a messy situation for those who are now holding to a broader bearish outlook - as I am. Regardless... its not like we've not seen these type of bounces before.
-

By then of course, almost everyone will be on the 'new historic highs' are coming train.

So much for weakness into the close.. merely day'3 UP for the bulls (not including the Wed' recovery day.. which still closed red).
Posted by Trading Sunset at 19:54:00
Email ThisBlogThis!Share to TwitterShare to FacebookShare to Pinterest
Newer Post Older Post Home