Good morning. Futures are again weak, sp -12ps, we're set to open at 1918. Metals are a touch lower, Gold -$1, whilst Oil is moderately lower, -0.5%. Equity bears are starting the month in a pretty fierce manner, adding to Thursdays smack down. 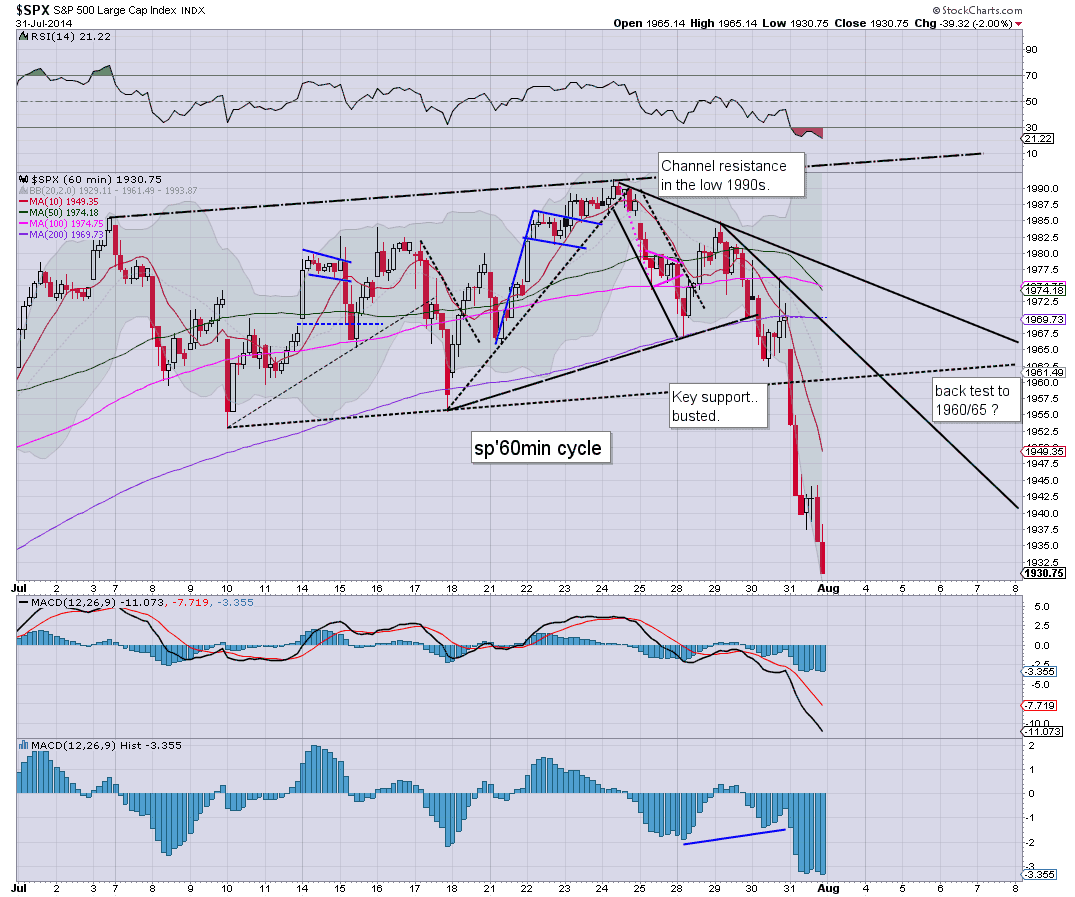 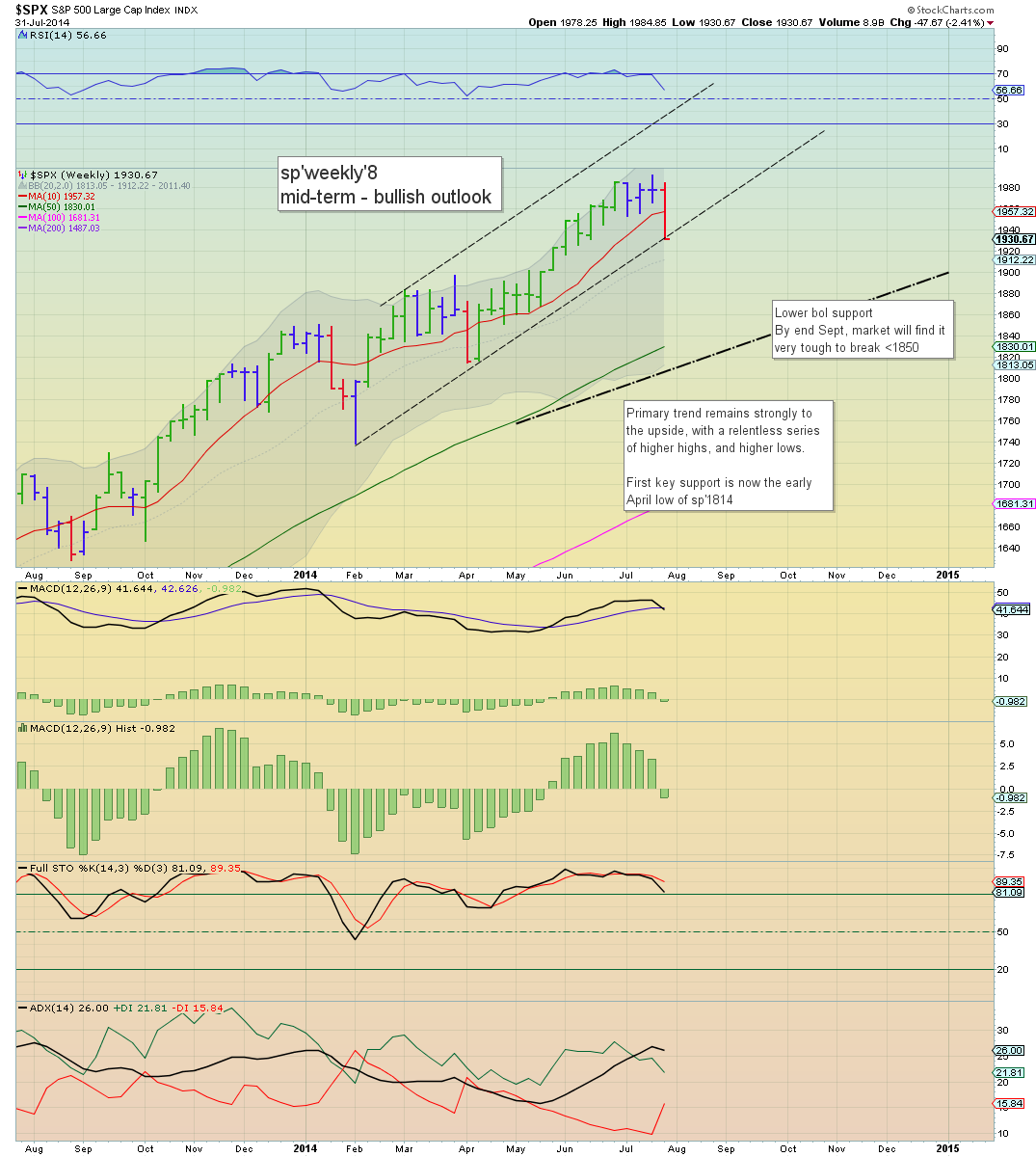 Welcome to August.... and we have some real issues this morning.

No doubt.. this turn is going to really annoy those who are short (via options) and are unable to exit until the official open.

Problem for the bulls.. even a move into the 1950s does little to negate yesterday, and a back test in the low 1960s... would be natural.. before more serious trouble.

*primary target for the bears should be lower weekly bollinger... currently in the low 1810s.


9.26am.. So.. we're set to open moderately lower, but with high risk of a rebound today.. and into next week.

A rather obvious back test target... in the low 1960s... before more serious market carnage.. possible.
Posted by Trading Sunset at 13:29:00
Email ThisBlogThis!Share to TwitterShare to FacebookShare to Pinterest
Newer Post Older Post Home