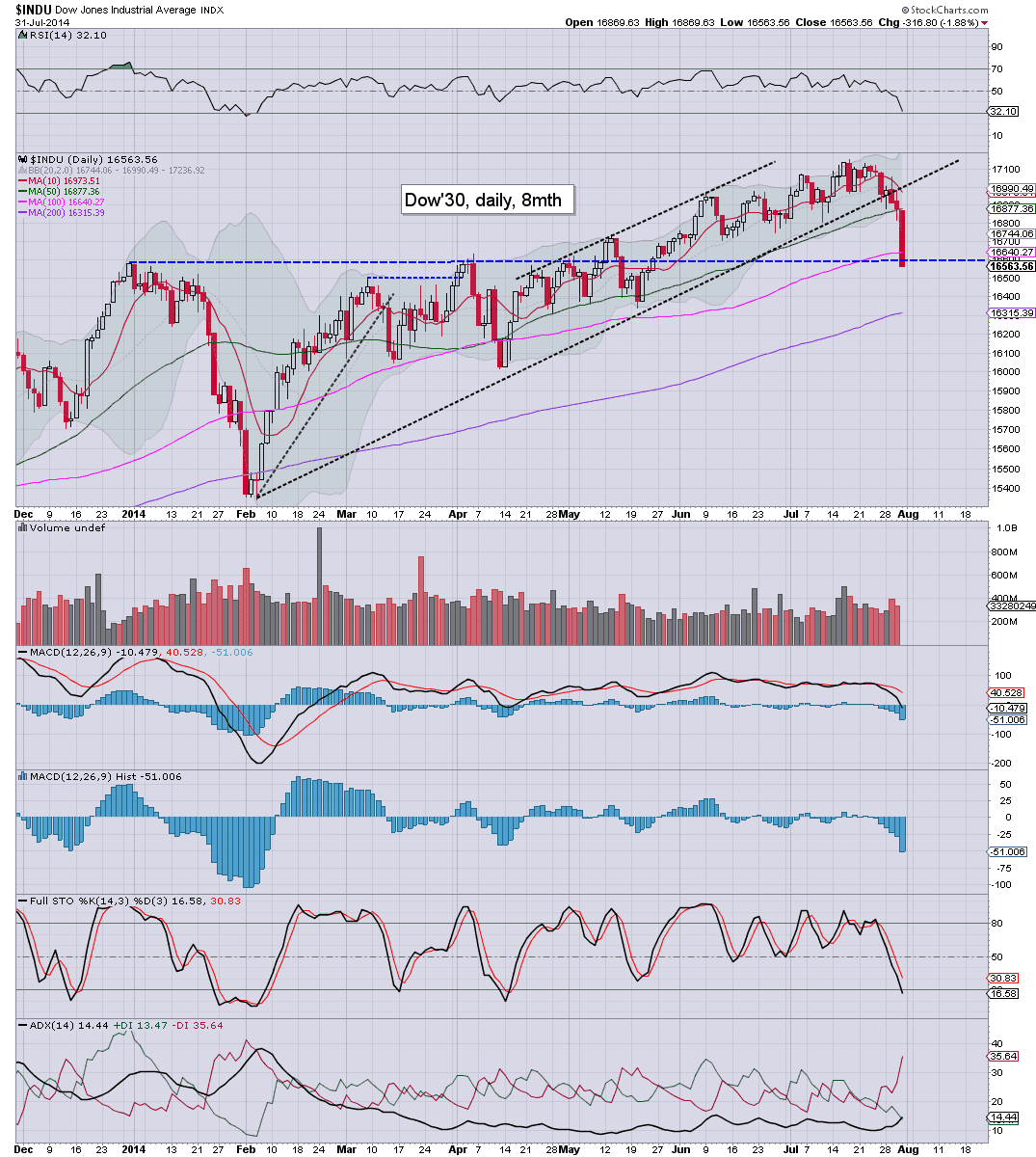 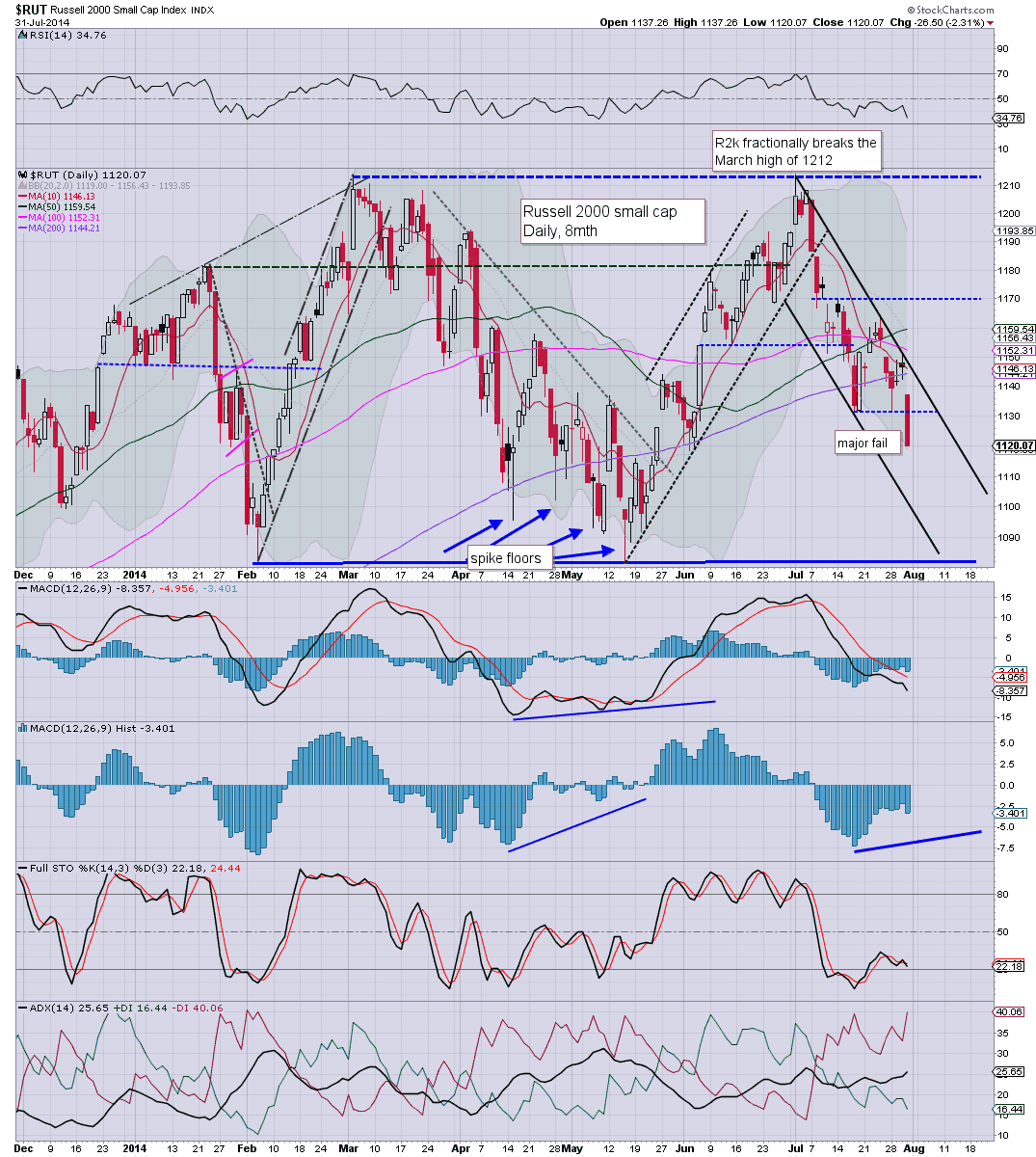 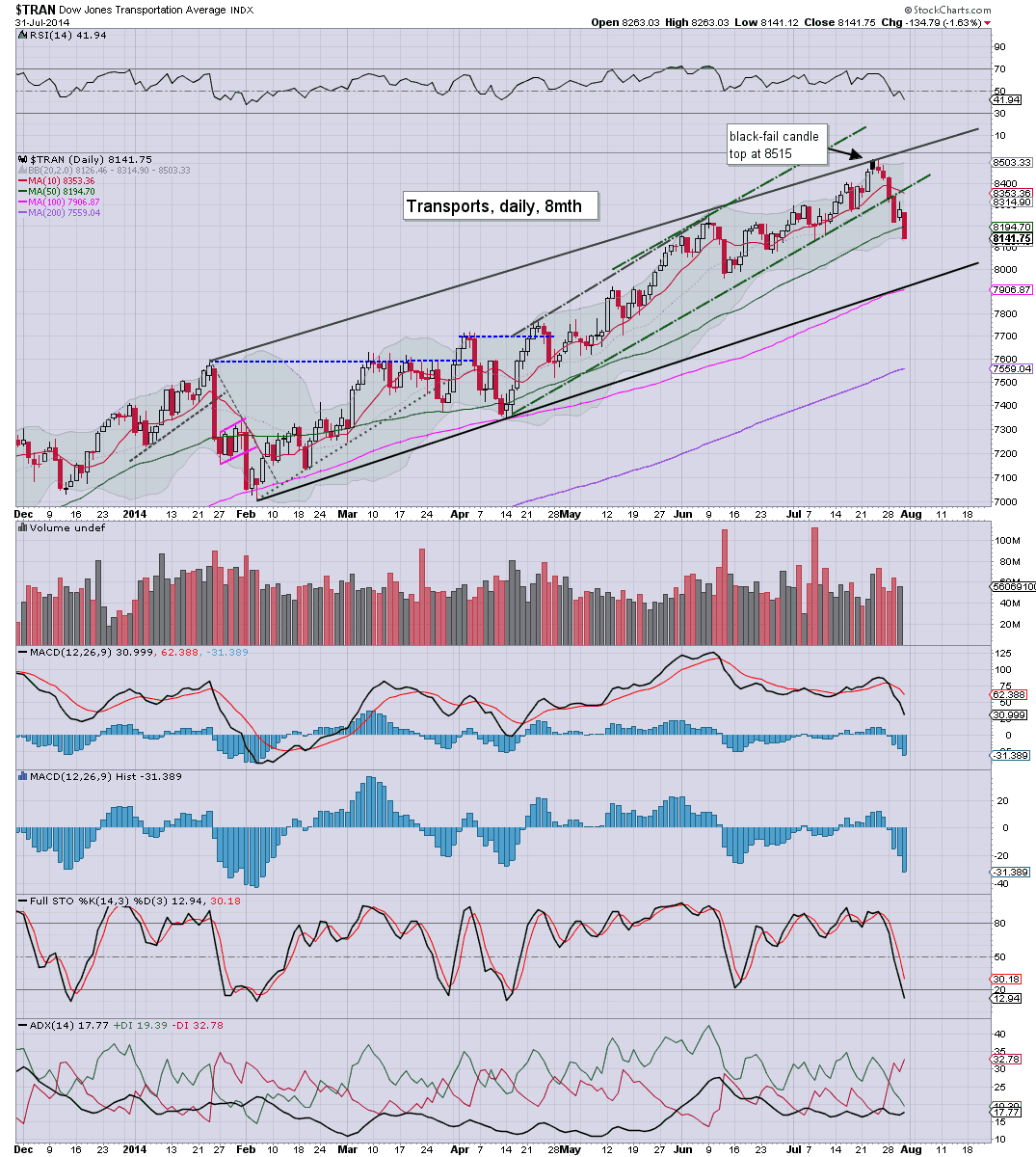 Suffice to say... the daily charts are starting to look somewhat ugly.

We have clear breaks on all indexes - R2K remains the weakest, but even the Transports now looks headed for a test of its broader upward channel.

The monthly trends remain intact, but with the Dow seemingly headed for a test of the 200 dma in the 16300s... the bulls have a real problem looming in August.

--
a little more later... to wrap up the month.
Posted by Permabear Doomster at 01:00:00
Email ThisBlogThis!Share to TwitterShare to FacebookShare to Pinterest
Newer Post Older Post Home