Most US indexes are close to breaking new historic highs, not least the Trans 'old leader'. However, last weeks close was a provisional warning of trouble, and a rally into the FOMC (despite the Crimea concerns) was expected. From a trading perspective...the break/snap lines are clear. 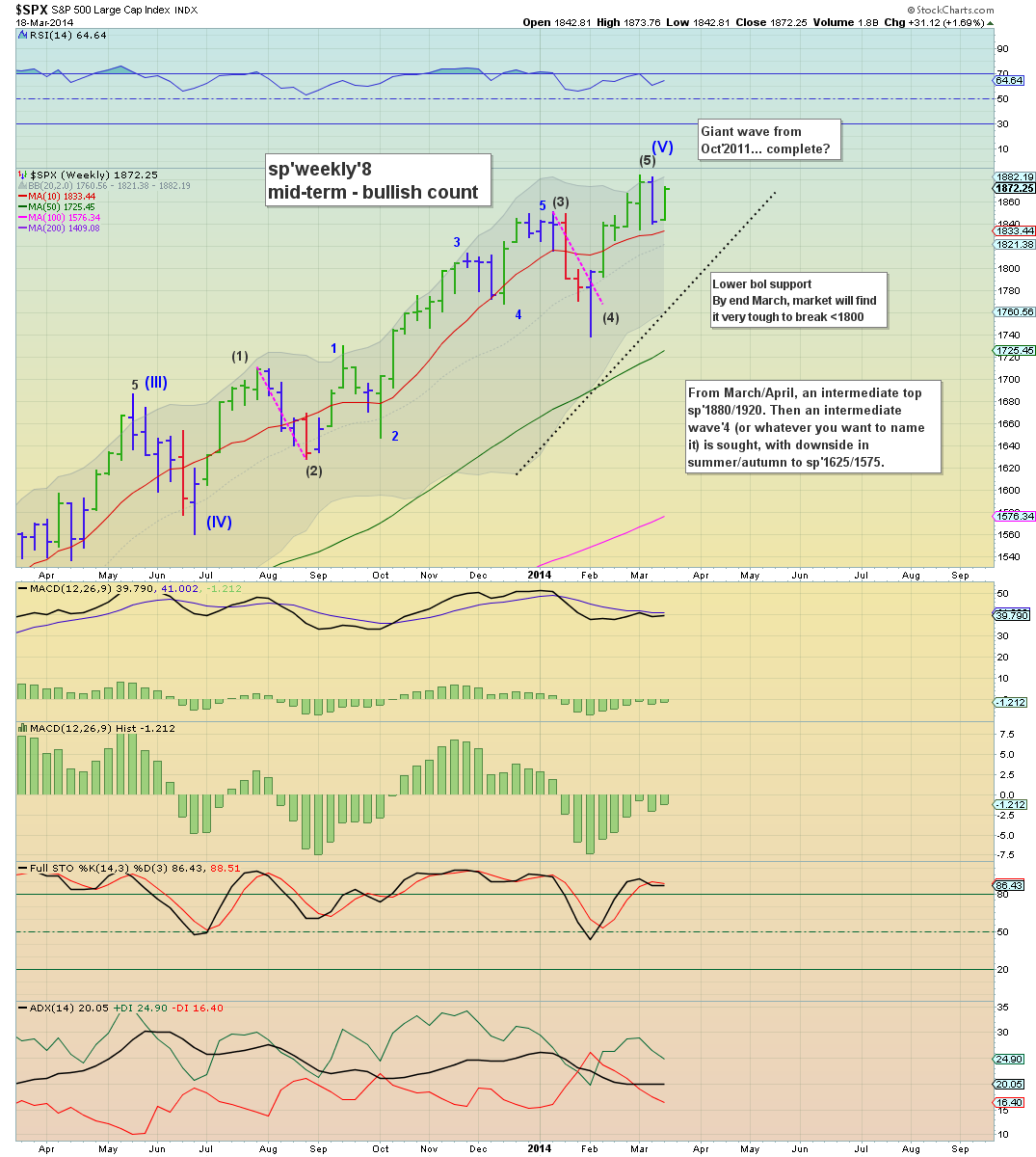 So... a second day for the bull maniacs, and understandably, they are pretty confident, with new historic highs seemingly viable for all indexes.

Yet..last weeks closing candle was a provisional warning, and it should not be dismissed..despite the recent two day rally. Indeed, a rally was exactly what I was seeking - to form a right shoulder - in the 1865/75 zone (see hourly chart in earlier post).

Critical issue: bears need a weekly close <1830, although it is not necessary this week.

The threshold for blue/green candle this week is sp'1858, and most certainly, bears should at least aim under that.
--

Tomorrow will of course be focused on the FOMC. The announcement is due at 2pm. Yellen is due to host her first FOMC press conference, sometime around 2.30..and that will likely last an hour.

So..just what am I going to do tomorrow?

As I have been planning for weeks, a major short at the FOMC of March'19, was always a tempting trade. I will wait to see what kind of price action we have after the announcement at 2pm.

If the market breaks >sp'1875... the H/S scenario will need to be ditched (unless its a bizarre spike..that completely fails intra-hour).

My primary concern with shorting the market right now is that the daily MACD cycles are ticking higher, and that IS a problem. However, the weekly cycles outgun the daily..and last week was a warning...one I will keep in mind for the remainder of this week.

If I do start hitting buttons tomorrow, you'll hear it here..within a minute or two. If shorting the indexes, the obvious stop-losses will be somewhere in the 1875/85 zone. Above that is empty air into the sp'1900s, and clearly..there is no point holding short for weeks into the low/mid 1900s.

One thing is for sure, Wednesday will be busy!