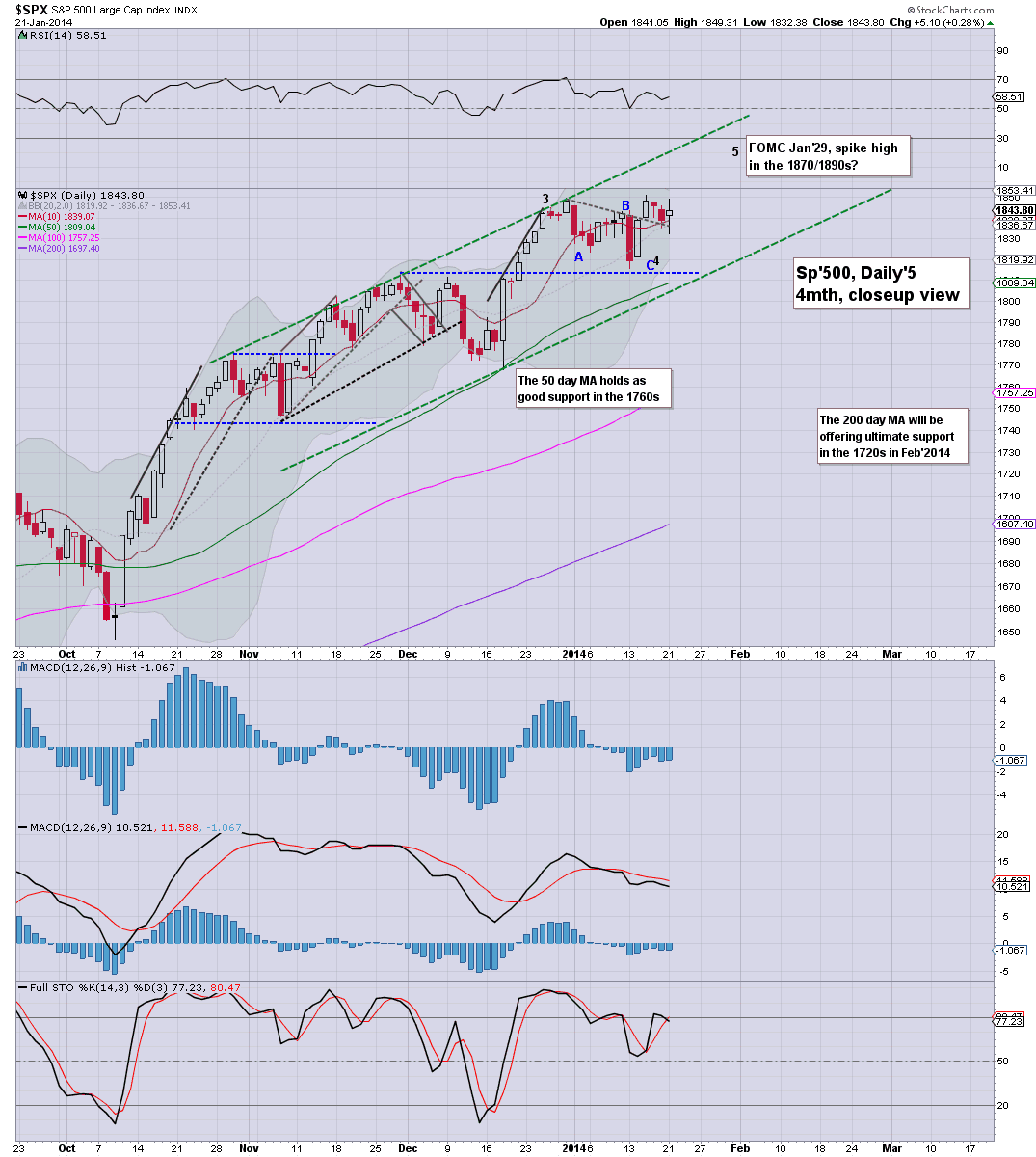 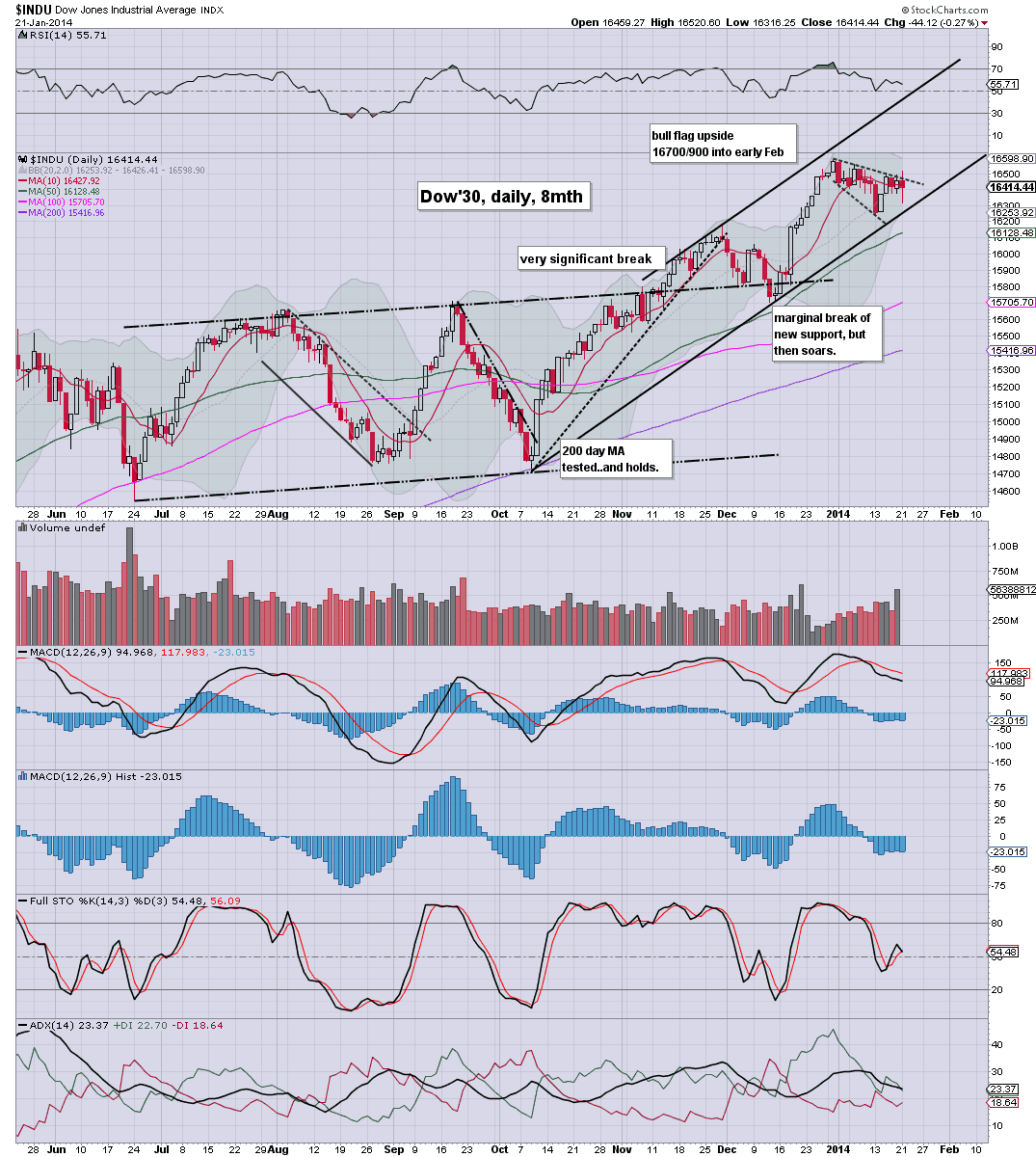 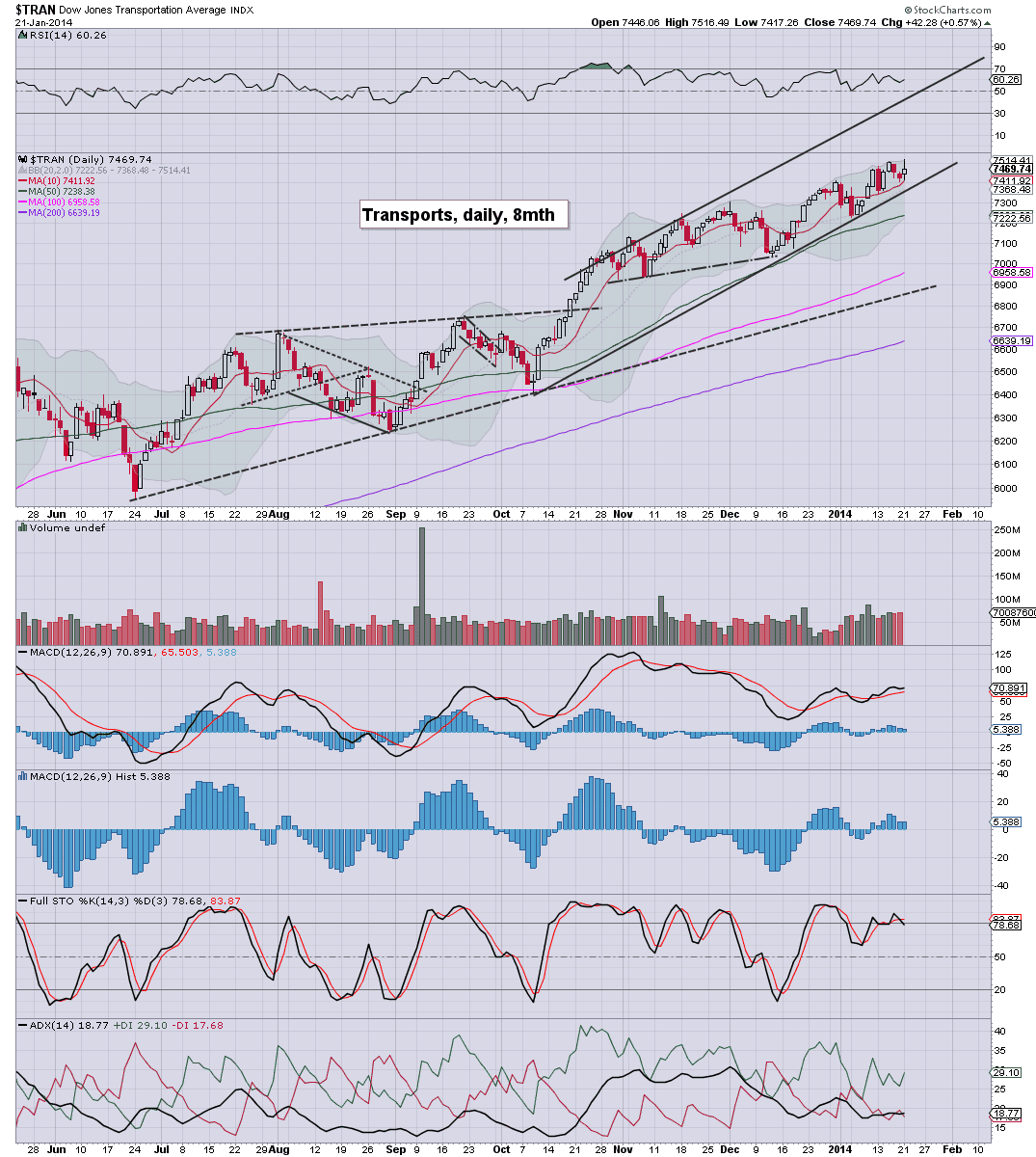 Arguably the most notable aspect of today were the Transports and the Rus'2000 small cap, both of which broke new historic highs. The Nasdaq Comp' broke a new post 2009 high, but remains around 20% below the March' 2000 tech bubble high of 5132.
--

The daily cycles are pretty clear, with the broad upward trends still intact. Equity bears need to break <sp'1815..and <dow 16200 to cause some moderate technical damage.

Frankly, that sure doesn't look likely, and we'll more than likely battle higher into next week. The only issue is how the market will handle the next FOMC announcement. A spike high into the 1890s..even the low 1900s is just about possible.