The main indexes closed generally higher, with the sp +9pts @ 1771. The two leaders - Trans/R2K, closed up 0.4% and 0.2% respectively. The market is clearly over-stretched in the immediate term, although a final hyper-spike into the 1790s is briefly viable tomorrow. 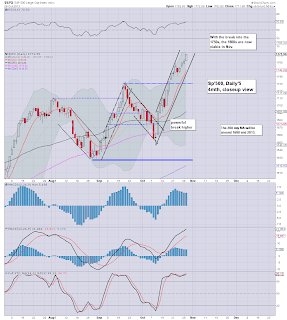 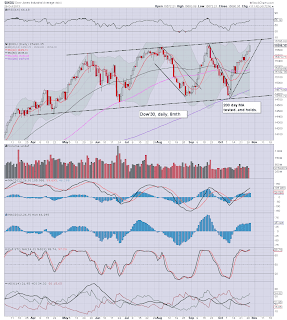 I continue to hold that the equity bulls need to see a weekly close in the 15800s to really clarify that the market is set for a free run into next spring..if not late 2015. More on that later though.
-

Suffice to say about today..it was just another day in market land. The fact the Nasdaq was having more 'tech issues' only added to the feeling that its merely 'situation normal' in market land.

We're way past the 'twilight zone'...I'm not sure what you'd call it.