12pm update - bulls are losing it

The market has battled hard to hold together, but with no end in sight to the US shutdown..and increasing concern over the debt ceiling, the market is breaking new lows. With the VIX in the 18s - first time since late June, this market is now in real trouble. Last line in the sand is the 1627 low. 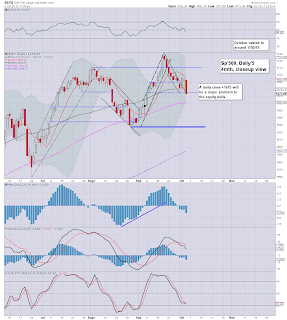 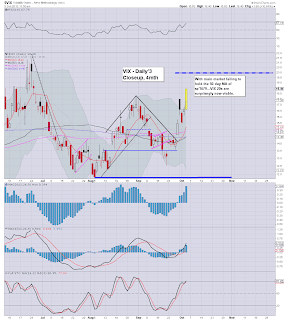 Bear are finally showing the first decent downside power since late June, as confirmed with a VIX in the 18s..and now the 20s are viable..as early as later today.

Bulls should be fleeing for the hills now, weekly charts offer downside in the immediate term to 1600, although bears first have the key low of 1627 to break.

For those who are on the bear train, the obvious first major target is 1627... 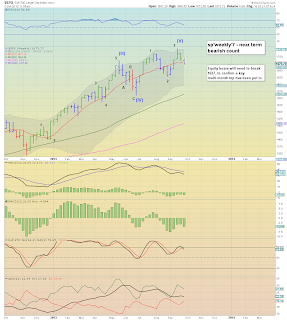 If 1627 is taken out, it'll be the first lower low since last year, and that would really be a massive warning of trouble for Oct/Nov.

Fear is indeed back.
- 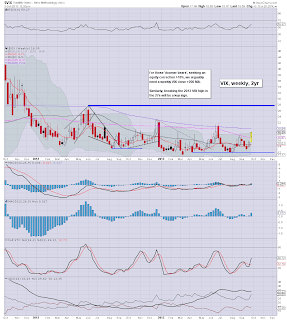 ...as noted...this is first significant downside power for the bears since June.

All those touting autumnal doom...now have the door open to their deeply lower targets.

The only thing that can stop it is a rushed agreement...on the shutdown...but more importantly..the debt ceiling.
Posted by Trading Sunset at 16:52:00
Email ThisBlogThis!Share to TwitterShare to FacebookShare to Pinterest
Newer Post Older Post Home