The main indexes closed moderately lower, with the sp -9pts @ 1646. The two market leaders - Trans/R2K, saw declines of 0.7% and 1.1% respectively. Near term trend is clearly to the downside, but the bulls are going to jump in at some point this week. 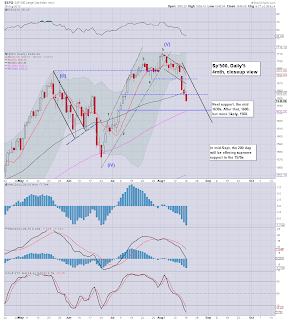 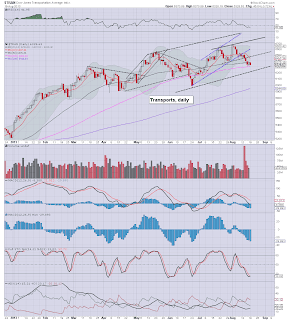 The fourth consecutive decline for many indexes, including the sp'500, and this is certainly confirming what the weekly charts have been warning about across the past few weeks.

The only issue now is what level will the mainstream bull maniacs decide is an acceptable buying level?

The next level is the 100 day MA in the mid 1630s, and that is also where the next fib retracement level resides.