The main indexes recovered from opening moderate declines, with the sp' settling -2pts at 1689. The two market leaders - Trans/R2K. managed gains of 0.2% and 0.5% respectively. Near term outlook is for moderately chop, in the sp'1700/1675 zone. 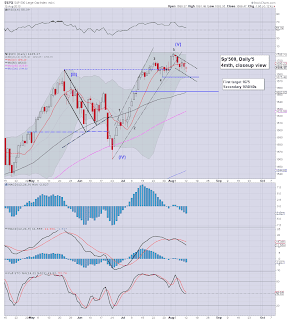 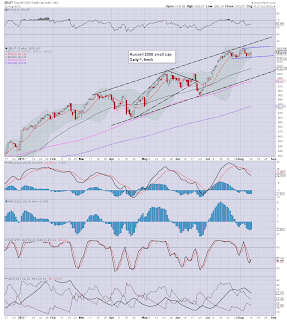 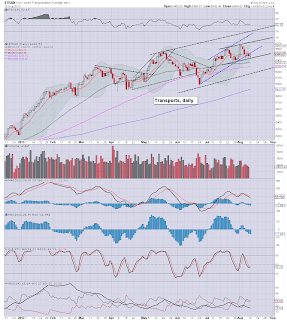 For the bears, it was just another deeply frustrating day. Despite the indexes opening lower, those declines sure didn't last long, and it was merely a case of 'minor price chop..with bias to the upside'.

Underlying MACD (blue bar histogram) cycle ticked higher for the R2K, but still slipped on the other indexes.

In general, it doesn't look like the bears..or bulls will be able to make anything from this week. The bulls do have two large QEs at the tail end of the week, along with opex