The main indexes closed broadly flat, after trading in a rather narrow range. The 'old leader' transports though, did see some moderate weakness, closing -0.7% @ 6394. Daily charts are looking pretty toppy, and a minor retracement of around 2% look very viable by late Friday. 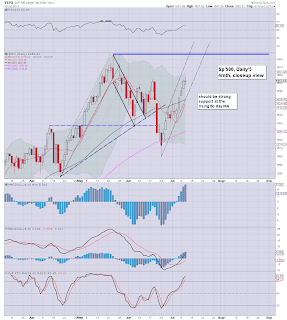 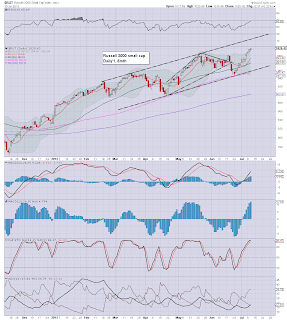 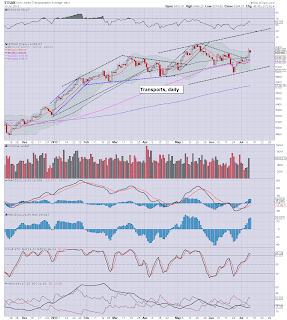 For those bears seeking a major downside reaction after the FOMC minutes, today was indeed something of a disappointment, but hey, neither did the market see a hyper-ramp into the 1660/70s.

Instead, the main indexes closed flat, and today's little spike higher at the FOMC release, may be a short term cycle high..at least for a few days.

Bears should be seeking at least a moderately red Thursday close, at least <sp'1646, preferably somewhere in the 1630s.

It remains important to keep in mind, a gap zone around sp'1630, which is also where the (steadily rising) 50 day MA is lurking.
--