Market opened a little higher, but we're seeing those gains fail, with the indexes now red. Precious metals and Oil are still higher, but even they are well below their pre-market highs. Seeking renewed strength late in the day, with sp'1570s by late Tuesday. 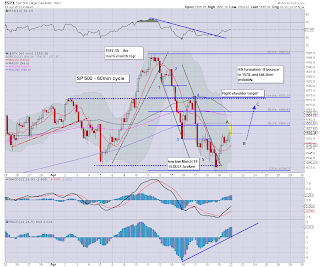 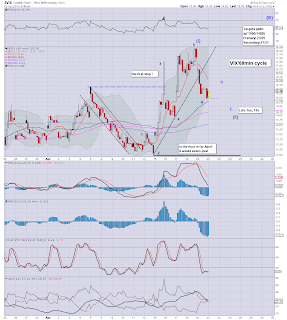 Looks like an A' wave is done. B could take rest of today, not that I expect a close <1550. With a C wave complete by late Tuesday. I suppose it could drag into early Wednesday.
--

VIX was the tell at the open, whilst the indexes opened higher, VIX was only a fraction lower, rather than a typical -5% or so.

--
*I remain sitting back until Tuesday. 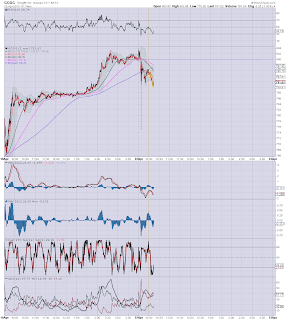 There were trades going through at those levels...ugly for the ones who kicked, only to see it jump back up.

Bears..need to remain patient and not get over excited what is probably a B' wave lower.
Posted by Trading Sunset at 14:50:00
Email ThisBlogThis!Share to TwitterShare to FacebookShare to Pinterest
Newer Post Older Post Home