The market closed strongly, although the volume was somewhat light. VIX closed weak, and is back to bouncing around in the mid teens. Primary target is sp'1425, to be reached early next week. 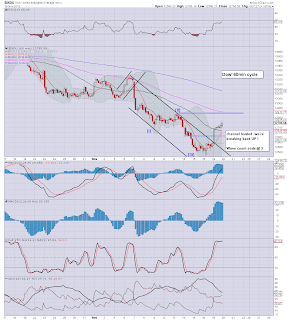 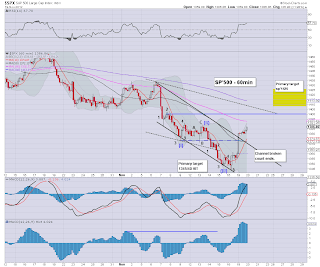 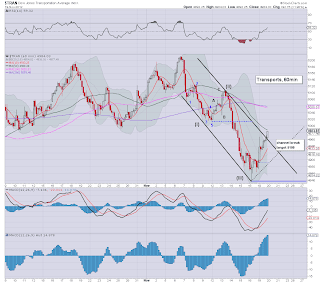 The opening gains showed some considerable strength, and the market quickly made a challenge of the 200 day MA @ 1382.

The close was strong, and there is no reason why we can't rally all the way into early next week.

Primary target is sp'1425, and is probably to be treated as an early Christmas present to those bears who managed to sidestep this bounce.