Well, despite just about the worse economic data we've had in a few years, and with European unrest growing again, we're seeing another massive rally day.

It is without question, a waste of time from the bearish perspective. 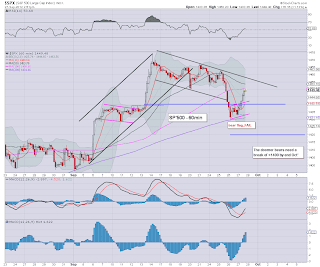 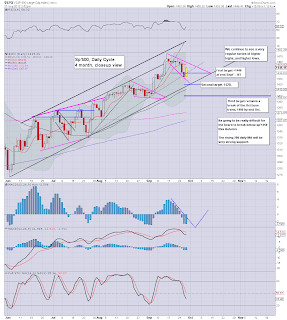 The daily cycle on all indexes is now levelling out, and we're all set for new highs, sp'1500s in the next few weeks. Great huh ?


What is pathetically laughable is that we declined from 1474 to 1430 , 44pts, a decline of barely 2.5%, and everyone gets hysterical again, only for today's move to revoke the previous two day decline in almost one session.

With the daily cycle turning back upward, that is probably it for the bears, for some weeks. Baring some 'upset' tomorrow, which frankly looks so unlikely, we're back to UP UP..and UP.
--
back later...much later.
Posted by Trading Sunset at 19:54:00
Email ThisBlogThis!Share to TwitterShare to FacebookShare to Pinterest
Newer Post Older Post Home