Today was certainly not the close that many expected - myself included. With the indexes opening up around 1%....and closing lower by around 1%, this was a pretty impressive reversal day. 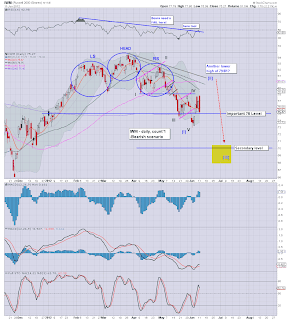 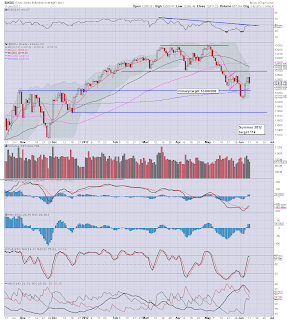 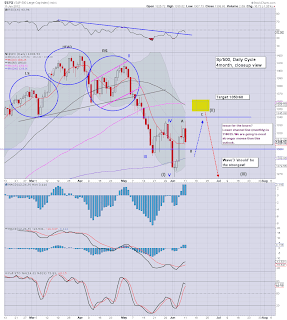 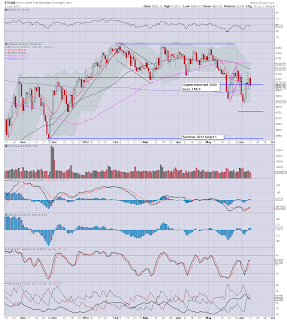 Okay, to be clear, I still hold to the overall monthly bearish target of sp'1100.

I am certain we are currently in wave'2, and that today's action is probably the top of A' wave, and B' wave lower 'should' complete around 1300/1290 tomorrow. I suppose it could trundle around until Wednesday, but the important aspect is that it must NOT break the recent low of 1266.

ANY move under 1266, and then things get really hyper-bearish - and the VIX would probably be exploding into the mid'30s.

Consider the sp' chart, which is a bit choppy for an A' wave, a move lower to 1300 would be entirely normal..and then a final move higher to the original wave'2 target of 1350/60 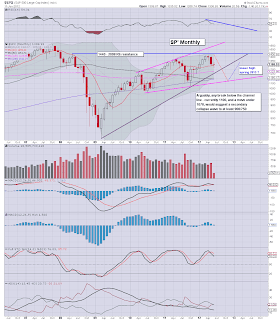 The weekend bailout talk - and it remains just TALK, nothing has changed yet...no money 'created out of nothing' has been issued to Spain/the banks yet. So..today's turn lower is actually VERY justified. It would seem Mr Market is in one of those brief moments of lucidity.

Doubtless we'll see more periodic rumours of LTRO'3, Fed QE, and straightforward 'private asset purchases'. The central bankers will do everything they can to forestall the 'burning pitchfork stage'. The Bernanke will certainly be lurking around sp'1100, and that remains my primary concern this summer. Yet, we are still some two hundred SP500 points away from my primary target.

For the moment, I remain a mere watcher of this market, I remain waiting for sp'1350/60 to re-short.