The market has a very clear inverse H/S formation, everything is set up for a move higher next week. Were it not for the great uncertainty with the Greek election - and the FOMC next Wednesday, I myself would be part of this..and be long.

As it is, this lunacy could still fail on Sunday night..and that would probably break the recent low of 1266. That's too risky a gap down for me to be involved with. 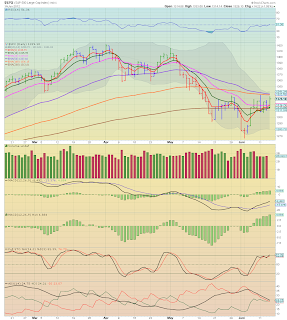 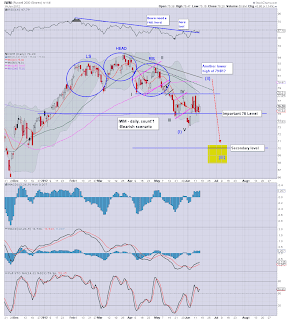 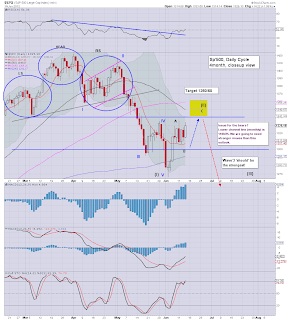 The first 'rainbow' chart (as I like to call them) shows a VERY clear inverse H/S formation on the Sp. A simple projection upwards would be to around 1380/90. That is certainly higher than my primary target of 1350/60..and anyone planning to re-short later next week will need to be careful they don't get short too early.
-

Despite today's lunacy, nothing has changed in the bigger picture...primary outlook is that we are in wave'2, and wave'3 will bring a move to around sp'1150/00 by late July.

A little more later...(probably on Oil, which is going to be a key indicator of what I believe is a deflationary collapse wave).
Posted by Trading Sunset at 00:00:00
Email ThisBlogThis!Share to TwitterShare to FacebookShare to Pinterest
Newer Post Older Post Home