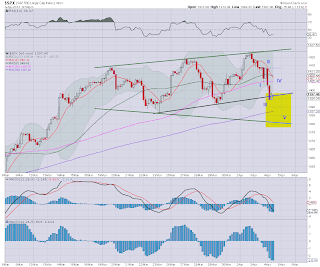 Looking for a move to 1405 at least within a few hours.

However, we might get stuck there, and rollover into the close, with a low tomorrow around 1390/85.

I don't see much chance of anything lower than that. As a few have noted, probably will just recycle back upward next week -as all the daily and monthly cycles suggest.

So, I look to bail at least over 1405 later, and re-long tomorrow at lower levels.