Good morning. Futures are sp+4pts, we're set to open near yesterdays high of 1463

Retail Sales: 0.9% for August, a touch higher than expected 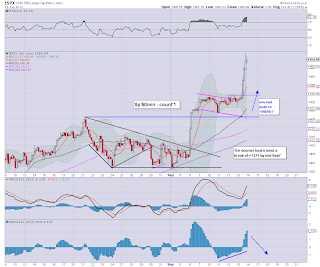 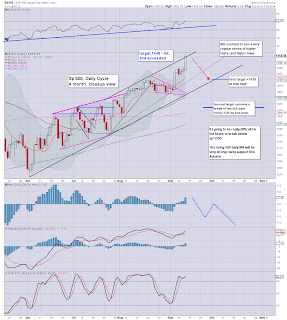 Bears sorely need a reversal today or early next week. I'm sure we'll get one soon, but the down move most likely won't be too much. Even a move to 1420 looks like the best bears will get.

In retrospect, what was announced by Bernanke yesterday was pretty staggering.. a 1.2 trillion QE3 package, spread across 15months..with no end date as such. All things considered, its surprising the market didn't rally 5%.

Its clear that most people just simply don't comprehend the scale of what the Fed are going to implement.
--

We have much more data to come this morning, so stay tuned!
Posted by Permabear Doomster at 13:37:00
Email ThisBlogThis!Share to TwitterShare to FacebookShare to Pinterest
Newer Post Older Post Home