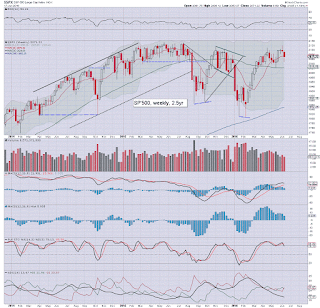 A net weekly decline of -24pts (1.2%), with an intra low of 2050, and settling @ 2071. Underlying MACD (blue bar histogram) cycle ticked lower for a second week. At the current of decline, a bearish cross is due before end month.

Best guess: A test of the sp'2025 low looks due within the next 3-6 trading days. If the UK vote to leave the EU - which appears increasingly probable, then world capital markets will be rocked.

However, it should be clear.. if the UK vote to remain, and the market does not break under 2025 before end June, it would bode for a massive bullish breakout, with new historic highs (in the leading indexes) no later than end July.

Considering the price structure of other world equity markets, the economic fundamentals, and the fact that low rates/NIRP is destroying the financial sector (dare I cite Deutsche Bank?), I remain leaning bearish.
-- 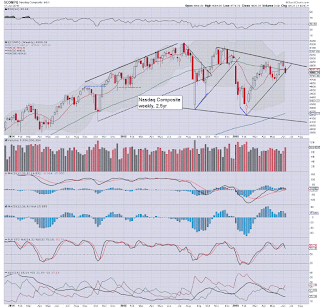 The tech declined by -1.9%, settling quad-opex at the 4800 threshold. The giant psy' level of 5K remains massive resistance. Underlying MACD cycle is set to turn negative before end month. First downside is the 4500/400 zone. A break under the Feb' low of 4209 looks viable in July. 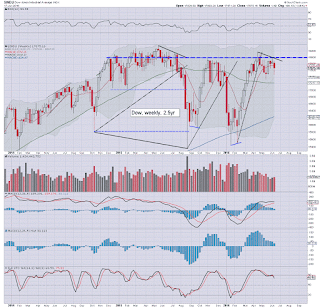 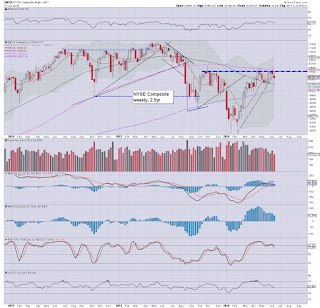 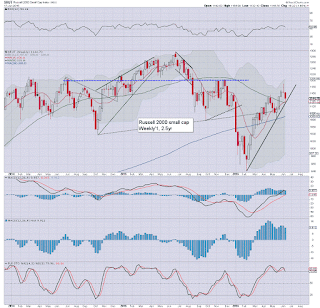 The second market leader - R2K, settled -1.6% @ 1144. The R2K is holding rising trend. However, if lost, first support will be the 1100/1085 zone. Underlying MACD cycle has a clear divergent lower cycle high. At the current rate of decline, there will be a bearish cross in around 3 weeks. The Feb' low of 943 is a long way down... and looks out of range until Aug/Sept'. 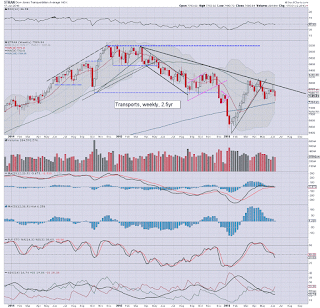 The 'old leader', is leading the way lower, settling -2.2% @ 7589. Key resistance remains around 8K. Underlying MACD cycle ticked lower for an eighth consecutive week, with the tranny set to see a bearish cross at next Monday's open. First key downside target is the Jan' low of 6403, and that is a very significant 15% to the downside.
--

A broadly bearish week for US equities.

It is notable there is a clear divergent lower MACD cycle high - as had been expected, with all US indexes set for a bearish cross on the bigger weekly cycles within 1-3 weeks. By definition, that is suggestive of a near term VERY significant drop.. on the order of Aug'2015, or Jan'2016.

As many recognise, a very big move is coming. Either bulls are going to hold things together.. and push higher into July, or the bears are going to break back into the sp'1900s.

With 9 trading days left of June, the monthly close will likely determine how we broadly trade for the rest of the year.
--

An exceptionally important week is ahead

**The UK referendum to remain... or leave the EU**

The polls close Thursday @ 10pm BST (5pm EST). The result will likely become clear during the Friday US trading session, but quite possibly AFTER the EU/UK markets close on Friday at 4.30pm BST (11.30am EST)


If you value my work, you can support me via a monthly subscription, which will give you access to my relentless intraday posts. See HERE for details.