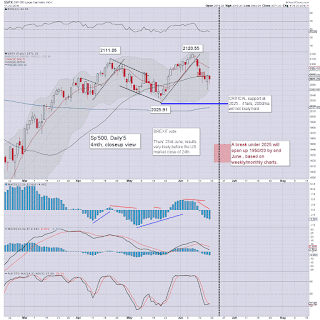 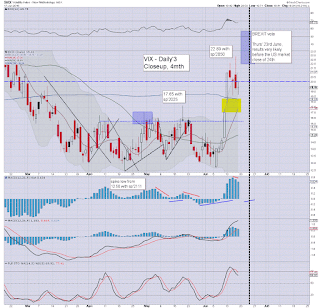 Friday saw weakness across the day, but it was nothing of significance.. as reflected in the VIX that closed just fractionally higher.

However, with the BREXIT vote ahead, equities are likely to see broad and increasing downward pressure, with VIX set for the 25/30 zone, viable before the polls close on Thursday (5pm EST).

Market chatter from the Schiff 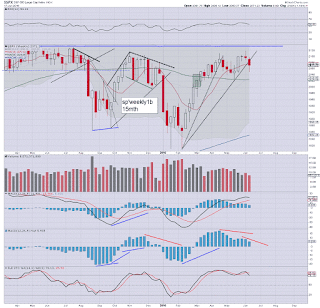 A second consecutive net weekly decline, with a lower high.. and a lower low. A notable quad-opex settlement under the key 10MA (2075). Next key support on the bigger weekly cycle is the 50ma (2024). Any daily close in the 2010s or lower, will offer a fast decline to the lower bollinger band.. which will be around 1920/00 into early July.