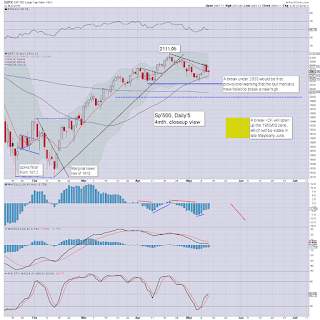 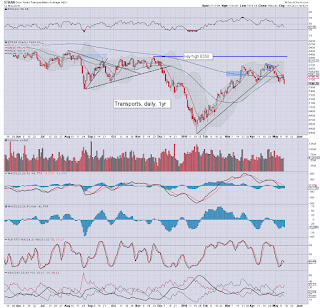 Trans: a decisive break of the Friday low, with a second consecutive significant net daily decline. Next support is the price cluster zone of 7500/400s. A break into the 7300s would be pretty bearish, and offer an eventual break <7K in late May/early June.
--