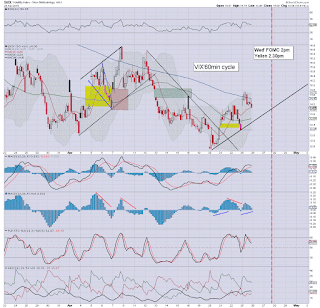 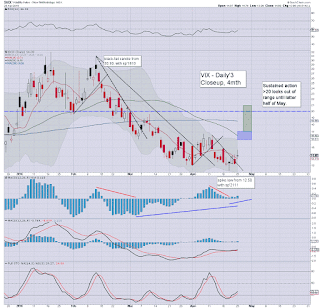 Suffice to add, despite a third net daily decline of the past four trading days, the VIX remains broadly subdued.

Even a move to the upper teens would likely be very brief, before renewed cooling in the first week or two of May.

Hyper VIX upside to the 40/50s is clearly out of range until June.. .the month of the BREXIT vote.
--