Bits and pieces to wrap up April 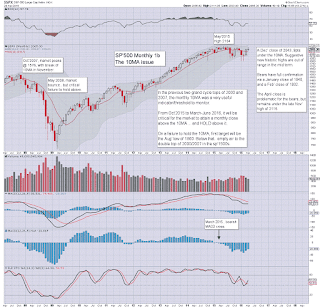 A second monthly close above the monthly 10MA (2019). The April candle could be compared to May'2008. If you agree with that analogy, then the May'2016 candle should break under the lower monthly bollinger - currently @ 1919 - which is around 7% lower. How the market trades in the latter half of May will be critical indeed to those who are seeking the sp'1600/1500s this summer/autumn. 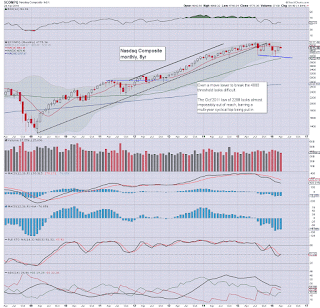 A rather sig' net monthly decline, with the bull maniacs unable to re-take the giant psy' level of 5K. The April candle is relatively narrow range, with a little spike - suggestive of renewed downside in May. 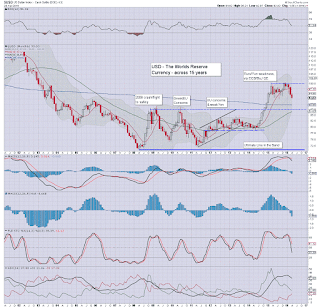 The third consecutive monthly decline for the King of FIAT land. Next support are the DXY 92s, and then 90. The 'dollar doomers' - of which I am NOT one, should be seeking a monthly close <90 within the next few months. USD bulls should be seeking the 90s to hold.. with renewed upside to the giant 100 threshold... and onward to the 120s. 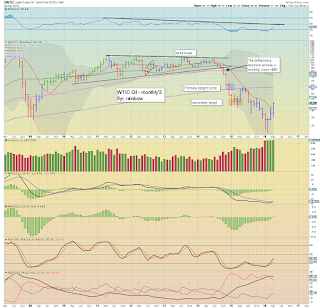 A third consecutive net monthly gain, decisively closing above the monthly 10MA ($41s). It is highly notable that the underlying MACD (green bar histogram) cycle is now positive, for the first time since June 2014, when Oil was trading in the $107s.