We are almost there

From a price perspective, having ramped from sp'1810 to 2009, we're about there in terms of price. Similarly, we've seen around a month of time elapse, and in theory, that is more than enough to deem this latest bear market rally as almost complete. 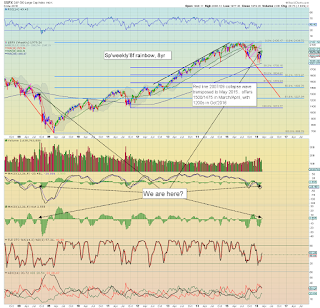 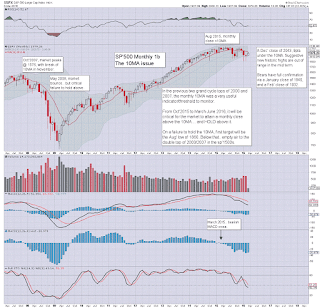 Whether you agree with the notion of using previous patterns is not particularly important.

What most should be able to agree on though, is that since May'2015, the market has been increasingly upset, and has put in a series of marginally lower highs.. and lower lows.

--
Equity bears MUST be seeking a March close under the monthly 10MA.. which currently sits at 2011. Preferably, the market will cool from mid March into end month, a closing <1950 would be a good bearish sign for April/May.
--

Wednesday will see Wholesale trade and the latest EIA report.

The market will be almost entirely focused on what will likely be another large Oil inventory surplus.. somewhere in the range of 6-8 million barrels.

Technically, WTIC Oil should not see any sustained price action above the $40 threshold, and primary target remains a new multi-decade low of $20.. and eventually, the 16/15s.
---