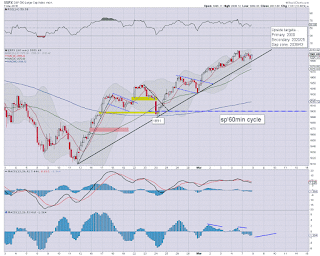 *closing hour action: micro chop, and once again... leaning on the upside, as the equity bears lack any sig' downside power.
--

Little to note... on what was a relatively subdued day.

As things are, Tuesday will likely be even quieter than today.

For the moment, equity bears remain powerless, and there is zero realistic hope until the ECB this Thursday. Even then, the market will likely have a fairly high chance of holding together into next Wednesday's FOMC.


Kinda bizarre to think that Indepedence Day is now approaching its 20'th anniversary. Hopefully, the sequel will be at least 'reasonable'.