US equities remain moderately higher, with most indexes on track to hit their respective 200dma's later this week. VIX remains broadly subdued, +2% in the low 17s. Metals are starting to struggle, Gold +$1, with Silver +0.2%. 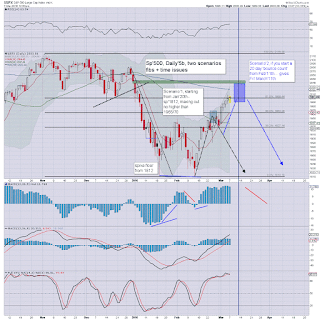 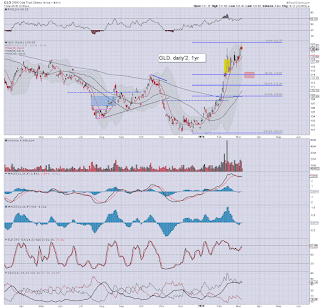 If we're trading in the sp'2020s this Wed-Friday, that might well be it, with a more decisive turn after the FOMC (March 16th) is out of the way.

For the moment, there seems zero reason for the bears to be involved until late Wednesday at the earliest, and even then, if we're only in the 2010s.. is still seems marginally risky.
-

re: Gold/Silver. From a cyclical MACD perspective, its a lousy setup for those holding long. I still fear a sig' retrace ahead of the FOMC. That won't negate the broader bullish trend break of course.

Miners will be equally vulnerable into middle of next week.
--