US equities break a new intra high of sp'1944.. a mere point beneath the rather important 50dma. A weekly close in the 1950s is clearly viable tomorrow, and that should inspire the mainstream to really ramp up the bullish hysteria for the first half of March. After all.. everything is fine now... yes? 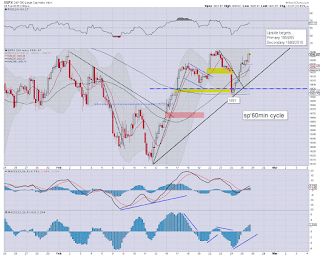 I could reel off dozens of individual company charts that would support the notion of sp'2K....  suffice to add... we ain't headed <1810 in the near term. 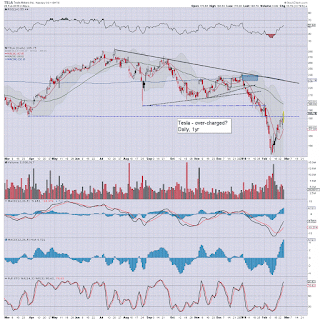 As noted this morning, TSLA was lower in early trading, but that a break above resistance was due. We've already hit $188 today.. and look set for the $200 threshold.

I happen to like the company, but from a valuation perspective, its crazy high. Looking at the giant monthly cycle... next key downside target (with sp'1600s) is the $120/100 zone.