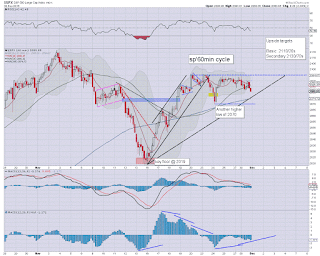 *closing hour action: mostly chop, but with a notable new intraday low of 2080 at the close.
--

.. and November comes to a close.

Without question, after the hyper-gains of October, the equity bears managed to only pull the market down to sp'2019... and from there, we are making another attempt at new historic highs (at least in some indexes).

The sp'2100s seem extremely likely this week, and Mr Market will surely at least want to keep pushing to the 2115/20 zone.