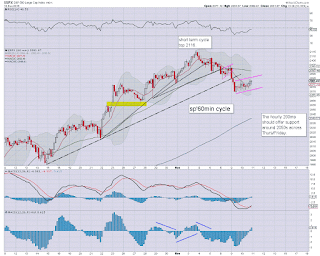 closing hour action: micro chop... leaning on the downside, but then another nano spike upward into the close.
--

Aside from the action in a few stocks like AAPL and TSLA, it was a somewhat tedious day.

The more natural retrace target of the 2020s looks out of range until next week. As today showed.. the dip buyers are still out there. Or should that be the central banks?
--