Whilst US equities attempt a natural rally/bounce into the afternoon, a rather appropriate new movie trailer has appeared... 'the big short'. No doubt it will remind some that corporate corruption is indeed rife... and there is indeed a valid time to short the American.. and greater world economy. 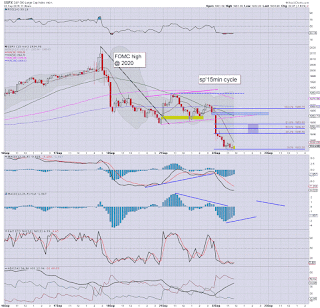 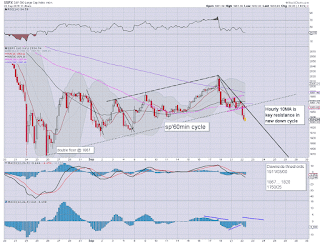 So.. market is battling it out.. having broken and decisively confirmed that the big bear flag from sp'1867/2020.. is complete.

Many are (somewhat) understandably calling for renewed upside from current levels.. but I would merely argue they are in denial about the importance of the initial breakdown in August.


--
*I remain on standby to initiate a number of short positions this afternoon, if price action looks okay.
--

I have multiple targets locked and ready to launch.. based on the bigger weekly/monthly cycles.. both offering sub 1900' within the immediate term.
Posted by Permabear Doomster at 16:50:00
Email ThisBlogThis!Share to TwitterShare to FacebookShare to Pinterest
Newer Post Older Post Home