With equities continuing to battle upward, the VIX was naturally still in melt mode, settling -3.3% @ 12.78. Near term outlook is for further equity upside into next week's FOMC.. which should equate to VIX holding within the 14/11 zone. The big 20 threshold looks out of range until the latter half of July 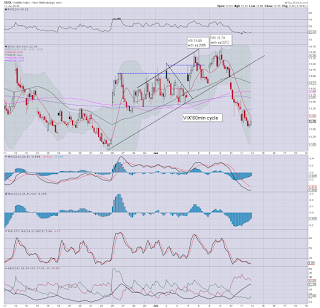 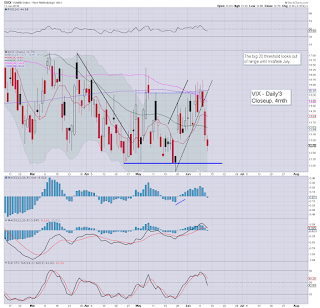 *the third consecutive net daily decline in the VIX
--

VIX remains very subdued, as the US market remains supremely fearless.. despite Greece and seemingly looming rate rises in Q3/Q4.