US equities remain moderately weak, and unlike Tuesday, the bears aren't yet showing any significant downside power. USD has turned a touch lower, which has helped metals and Oil recover from early lows. VIX is battling to break into the 14s. 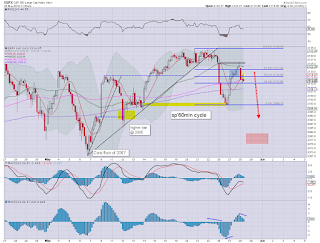 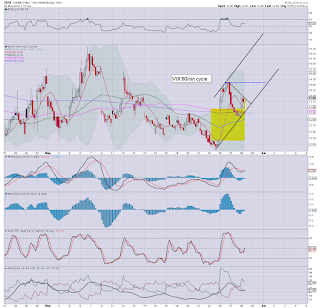 *action in the metals (and Oil) remains broadly weak.. I'm still short Gold, am waiting to exit on the next sig' wave lower. Maybe I'll get lucky tomorrow.
--

Perhaps the equity market will see another wave lower this afternoon, but for now.. this is clearly not as good as some were seeking.