US equities are seeing some minor chop to start the day. The hourly cycle is offering sustained upside later today. VIX is higher, but looks set to cool from the mid 14s. Metals are weak, Gold -$7. Oil is +1.2%... but will be vulnerable into the next set of inventory reports. 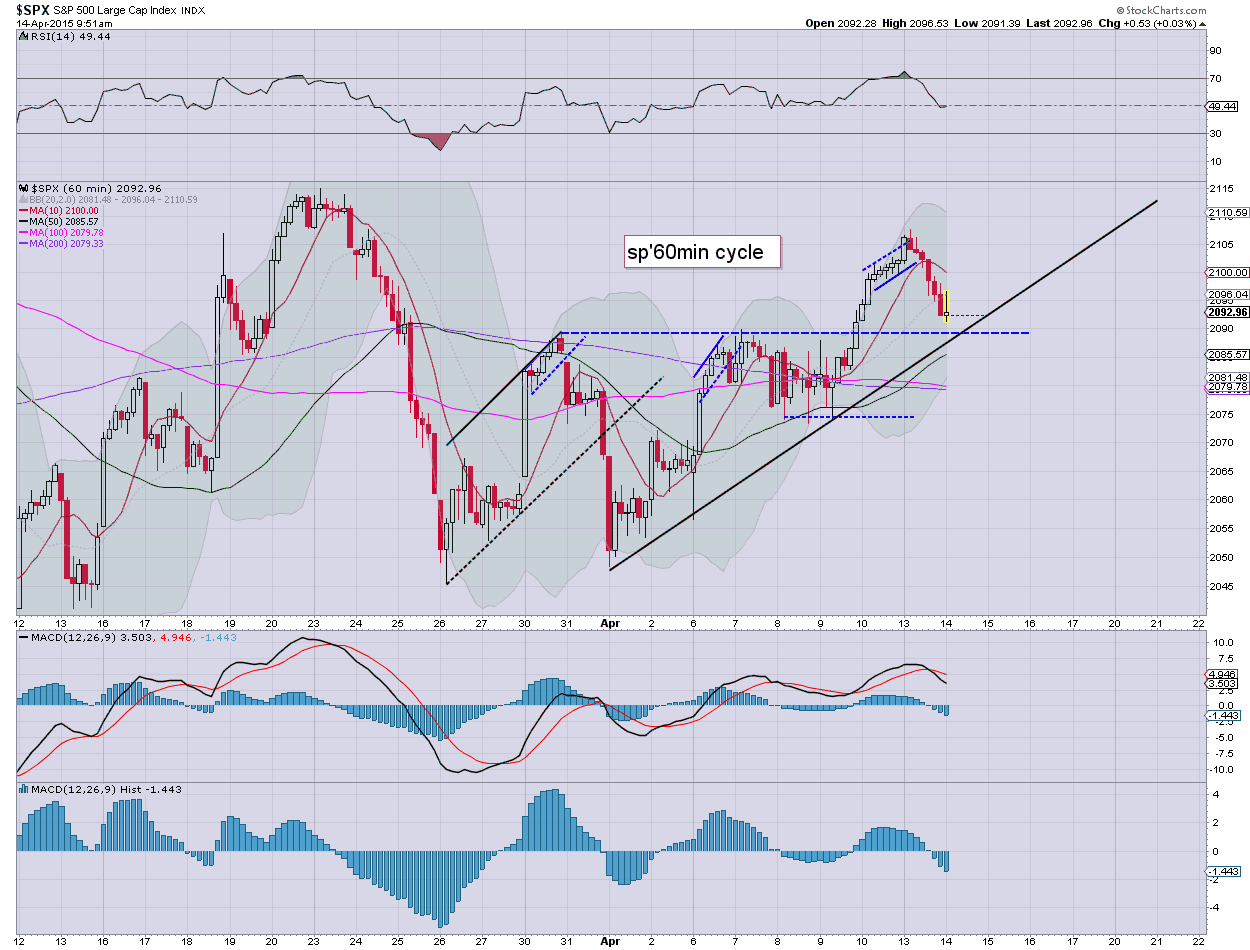 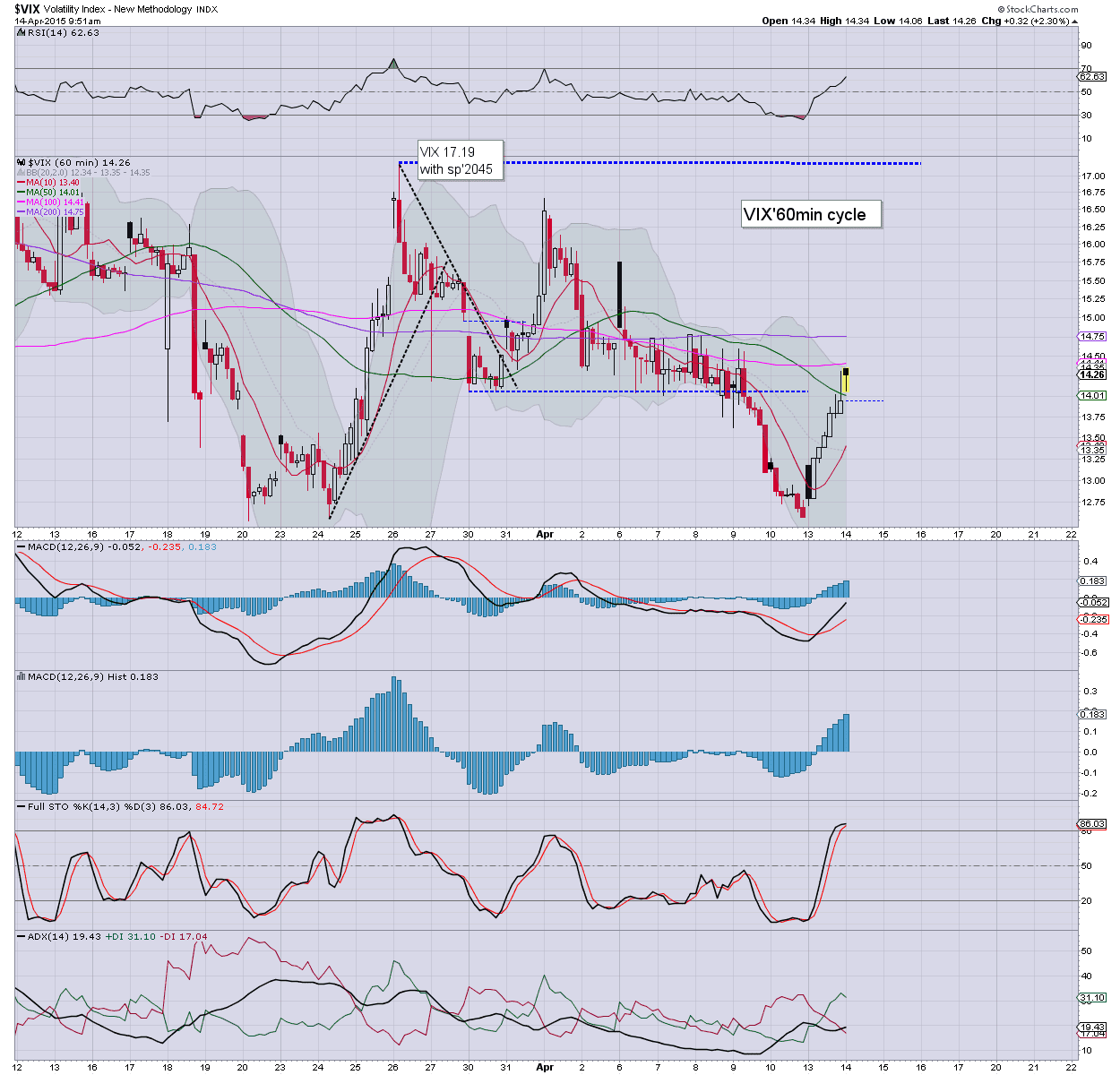 *notable opening black-fail candle on the VIX, although I recognise that didn't work out yesterday... but they usually do!
--

Despite what some were recently proclaiming, earnings are coming in at least 'reasonable'.

Price action remains broadly strong, and new historic highs look due for the sp/Dow in the near term.
-

notable strength: oil/gas drillers, RIG/SDRL, both higher by around 3.5%

A daily close in the 2100s is just about viable.

In any case... price action does not support the equity bears.
Posted by Permabear Doomster at 14:53:00
Email ThisBlogThis!Share to TwitterShare to FacebookShare to Pinterest
Newer Post Older Post Home